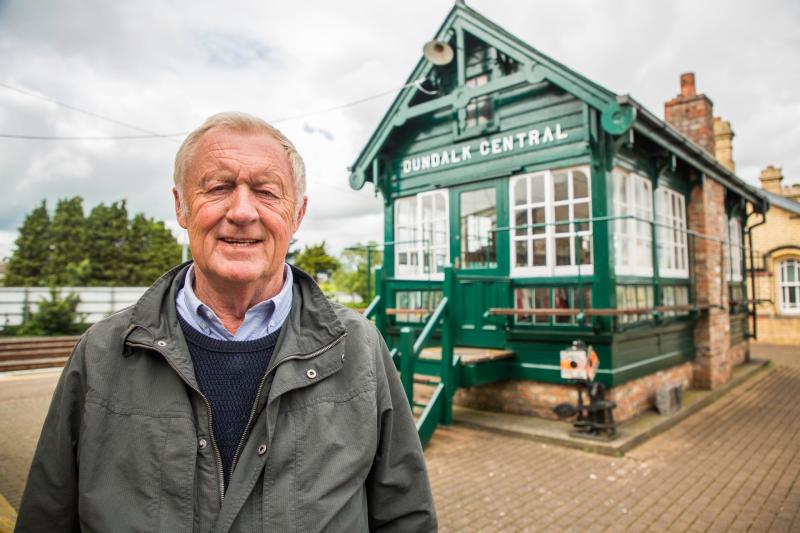 The show has around 2 million viewers per episode and airs on Channel 5 in Britain. Filming here was supported by Tourism Ireland, in conjunction with Fáilte Ireland.

While in the local area, Chris Tarrant and the show’s production team enjoyed a whistle-stop tour at Dundalk train station.

The resulting programme will air later this year – showcasing our scenery and heritage to millions of potential British holidaymakers, as well as highlighting the ease of venturing beyond our cities into our regions via rail travel. A key focus for Tourism Ireland is to encourage more British holidaymakers to explore our regions and less-visited attractions, during the shoulder and off-season months.

“We are delighted that the team from Chris Tarrant: Extreme Railway Journeys decided to film an episode around Ireland – it’s the kind of publicity that money simply could not buy and a superb way to highlight Co Louth and Ireland to 2 million people in Britain, positioning Ireland as a highly desirable place to visit,” said Julie Wakley, Tourism Ireland’s Head of Great Britain. “Publicity – and working with TV crews like this – is an important element of Tourism Ireland’s overall promotional programme, helping to raise awareness through the media in Britain of the many things to see and do on a holiday around the island of Ireland.”