Paul Lynch was a familiar figure on Avenue Road in Dundalk 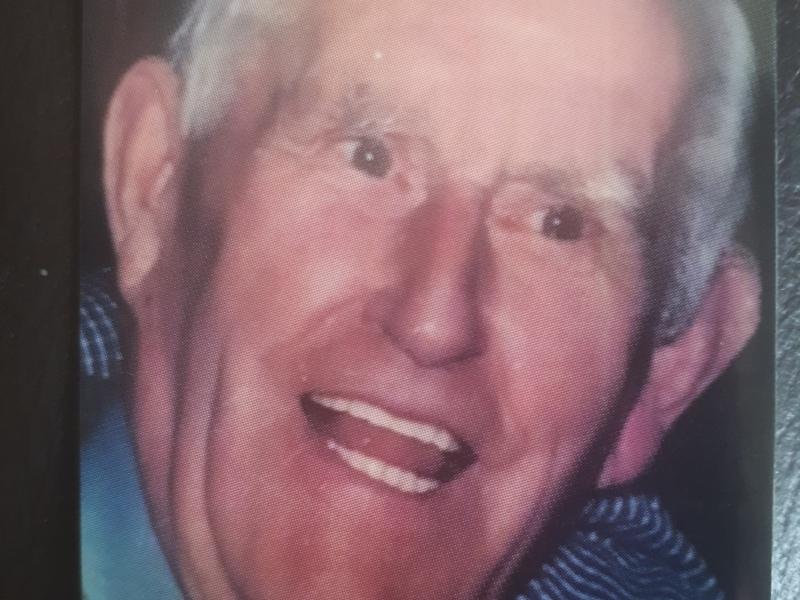 The last surviving member of his family, Paul was born in Dernakesh, Cootehill, Co. Cavan, on June 21, 1918. He was the youngest of ten children born to parents Bernard and Margaret (nee O’Reilly).

Paul served his time as a cabinet maker in Cootehill in the early 1930s before working in the furniture trade in Navan, Co. Meath in the late 1940s.

It was there that he met his future wife Nancy Teevans. The couple would marry in 1950.

They emigrated to the United States shortly after their marriage and Paul worked there for a number of years before returning to Ireland and eventually settling in Dundalk in the late 1950s.

Paul worked in the construction industry in town and was part of many, now locally iconic building projects, including The Church of the Holy Redeemer, Our Lady of Lourdes Hospital in Drogheda, the PJ Carroll’s building on the Dublin Road and various projects with Harp Lager Brewery.

It was upon his retirement in 1983 that Paul’s renowned carpentry skills would become a growing hobby and eventual passion of his.

Paul made wonderful replicas of antique rural furniture for family and friends, which were also displayed at the Dundalk Show, along with many types of occasional household furniture, including lamps, side tables and chairs.

Paul was a familiar figure to many local people as he took his daily walks along the Avenue Road and around the town. Over the years he made lasting friendships this way.

The depth of these friendships were highlighted by the celebration organised for Paul at the Holy Family Church in June 2018 to celebrate his 100th birthday and also by the many wonderful stories that were told following his passing.

Paul lived with Nancy for many years at their home in Avondale Park, Dundalk, before Nancy’s sorrowful passing in 1994.

He would, in time, go on to reside at his daughter’s residence in Donaghmore in Kilkerley.

The family would like to extend their heartfelt thanks to the doctors, nurses and all the staff at Our Lady of Lourdes Hospital, Drogheda for their tender care of Paul. They would also like to thank Rosemary and the staff at McGeough’s funeral home, his carer Ola, Dr John Whately and all those who extended their sympathies upon Paul’s passing.