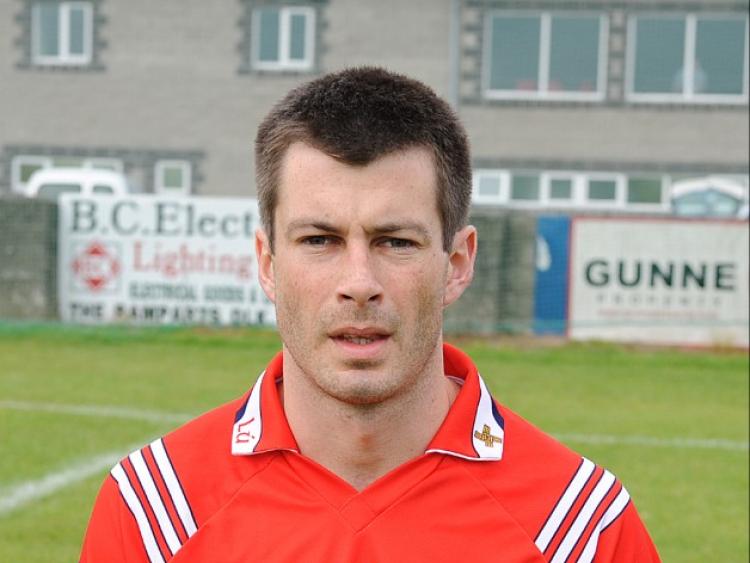 Eamon Carroll to be commemorated with day of sporting events

Just short of five years since his tragic passing, well-known Bellurgan footballer, Eamon Carroll, is to be commemorated in a day- long series of sporting events taking place this Saturday.

Two days after winning his sixth Louth Senior Championship medal with St Patrick’s, the 32-year-old was killed in a road accident in September of 2014.

He made his debut with the Lordship club shortly before winning his first senior medal in 2002 and shared in all of their successes over the following twelve years.

He played inter-county football at under-21, junior and senior levels.

In his youth, Eamon also played underage soccer with Bellurgan United, and it’s the Tom Flynn Park club that’s chief organiser –assisted by St Patrick’s - in Saturday’s event which will see teams of four compete in golf, penalty-taking and free-kicking, before the competition reaches its climax at Dundalk dog track.

Bellurgan football club’s Martin Finnegan explains how the competition, known as the Eamon Carroll Memorial Challenge, will be decided.

“We’ll have a team member taking part in a 9-hole round of golf at Ballymascanlon, and while this is in progress, another member of the team will be involved in penalty-taking and crossbar-hitting at Bellurgan.

“A third member will take part in free-taking at the St Pat’s field, and when all of this afternoon activity is over, it will be off to the dog track where the fourth member of each team will test his tipping skills.

“Points will be awarded for each discipline, and the team that accumulates most points will be declared the winner. The final of the Paddy & Eamon Carroll Memorial Stake takes place at the dog track, and there’ll be double points for whoever names the winner of this.

“It cost €80 per team and all proceeds will go to a charity nominated by Eamon’s family. We looked for 30 teams, and hadn’t to work hard to get a full entry. The response was magnificent, from businesses as well as individuals.”

It’s not by chance that the organisers settled for the four sports. Aside from playing with St Patrick’s and Bellurgan, Eamon was a member of Greenore golf club, reducing his handicap to 3. His family has had a long association with greyhound racing, and while still at school, he was listed as breeder of the 1994 English Derby winner, Moral Standards. He is the second clubman to be commemorated in this way by Bellurgan Utd. For the past three years, this progressive club has held a weekend of events in the name of Ciaran Casey, whose untimely death took place in January of 2015.