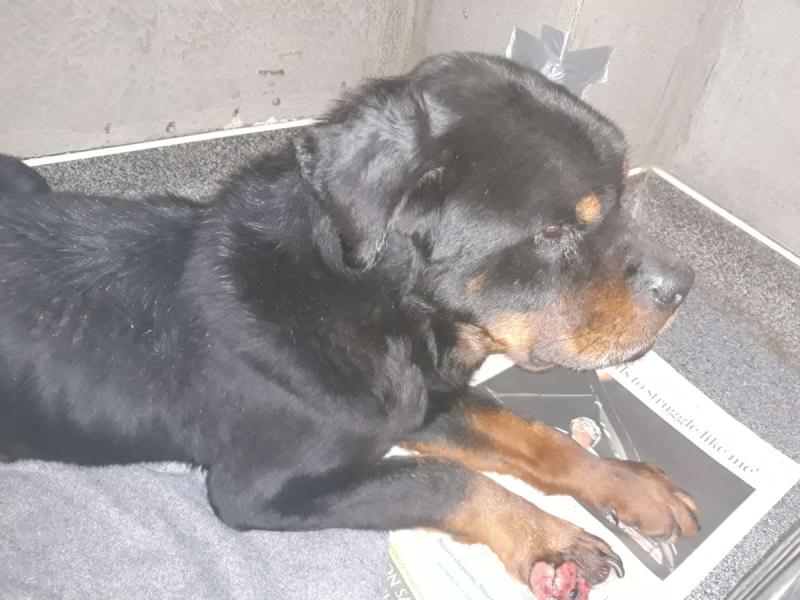 According to Louth SPCA, cases of animal cruelty in the area appear to be on the rise, given the number and nature of recent cases they have come across.

In an update on their website today, Louth SPCA highlighted three such disturbing cases.

"We don’t really highlight the cruelty cases we come across too much here at Louth SPCA, more often you read about the animals needing homes after they’ve been treated and not about what they went through before.

"Our Inspector Fiona really does see it all, and she has many sad stories to tell. Unfortunately, it never lets up, and recently, may even be on the increase."

The first story involved a dog found with a broken leg.

"First there was a dog found in a back garden having had its leg broken a few days before. It was taken into care of Louth SPCA and had to have an operation to put pins in the broken leg, so is now in a foster care and doing really well, thankfully.

"A dog was found in the owner’s garden absolutely starving to death. He was a wee Terrier and was so underweight we can’t vaccinate him until he puts on some weight. Another very lucky dog to have a great foster home, where he has found the couch and is currently loving life. Even starting to play and be a normal dog again."

"The third case is a Rottweiler found by a member of public up the mountain, tied to a gate. He was malnourished and had a tumour on his foot, God knows how long he was there in and what weather he had to endure. We were alerted and have taken care of him. He is 11 years old, so senior citizen really.

"Poor lad was in a lot of pain, but he had his operation this week and is now in our kennels to get TLC. A very upsetting case nonetheless."

Louth SPCA say they are relying on the public to help them report cases.

"We are completely dependent on members of the public to report these cases, and more often than not we can help the animal that is being abuses, but only if you inform us.

For all reports of animal cruelty, please contact Louth SPCA on: 042 9335045 or email: info@louthspca.ie