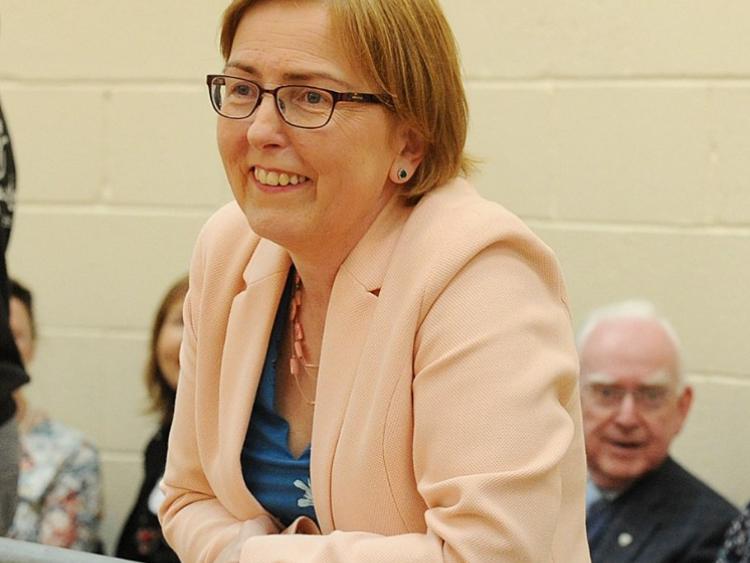 “I’m disgusted. I’m not surprised. Political parties all divvy [up the jobs] together. There's not one committee that an Independent has been elected on today. Fianna Fáil, Fine Gael, Labour and Green [Party], divvied out all the jobs for the boys. Democracy not in action in Louth County Council again.”

Sinn Féin, who along with Fianna Fáil have the most number of councillors on Louth County Council, were only able to ensure their party were represented on committees by the use of groupings.

Cllr Yore pointed to the fact that she topped the poll in Dundalk-South in the local elections and yet still received only one vote from other councillors after she nominated herself for the position of Cathaoirleach.

“Even though people topped the poll in certain areas, they're [the committees]still not representing of [the] people. It's way past time for change, we need more independents. I'm sick of it.” Adding her views on a female Cathaoirleach, Cllr Yore said:

“That'll never happen, the boys won't let that happen. I would be amazed if that happens.”

With regards to Sinn Féin and their path to getting members onto a committee via groupings, by this method councillors were able to form a group and select a councillor who would represent that group.

For the Strategic Policy Committee, Sinn Féin formed a grouping where they nominated Joanna Byrne to the committee. The rest of the council members then voted on the other four councillors who would take the committee places.

Speaking to the Democrat on Friday Sinn Féin councillor Tomás Sharkey said:
“It's unfortunate that Fianna Fáil, Fine Gael, Labour and the Green Party decided to disconnect the Council.

“On its very first day Louth County Council has been disconnected from the community that we are supposed to represent.”
Fianna Fáil councillor Emma Coffey speaking following the meeting said that this was part of the normal democratic process.

“When people get elected, I think people need to realise that that's the democratic right, that's the mandate that people get and obviously we are either part of a party or we are Independent”, said Cllr Coffey.

“So they could have formed a group if all six were attending. When parties get elected, or individuals get elected, there are positions that must be filled in. Just like government when there's negotiations for coalitions.”
Cllr Coffey says that this process is the same for local government level.

“To try and explain it to a lay person, when there's coalition talks to try and form a government in Dáil Éireann, it's similar talks when we're trying to form a council.

“We're trying to get positions filled and basically get a mandate going for the people of Louth for the next five years.”
Referring to the pact/coalition with Fine Gael, Labour and the Green Party, Cllr Coffey said:

“There was agreements that came in place, talks were in place - which happens every five years. “It's not just ruled out [talks with Independents or Sinn Féin]. There's been a number of talks, whips, senior people within the party make certain talks.

“Obviously if everybody was talking to everybody, chaos would happen, this meeting would last for weeks and nothing would get done.

“So it's to try and get the business done in the one day [selections to committees].”

When asked why Sinn Féin were not involved in the talks, Cllr Coffey said:

Fine Gael councillor Maria Doyle also attributed the resaons for the pact to getting the positions filled.
“There are discussions that take place before the meetings because we would be here for the next month if we didn't, to try and even elect a Chairperson.”

Cllr Doyle continued, saying that because there are so many smaller groupings within the council, “unless you're willing to work with other groups, we would make no progress and that's not just today at an AGM but in general across the board, throughout the five years.

“If we all bunker down into our corners, we'd get nothing done as small groups. And that's the PR system, the single transferable vote”, she added.

“Thankfully we get so many different voices on the council like we do in Government, but we have to work together.”

“We're here to serve the community. It's not a case of “I only vote for my thing and my thing only” because then things will never get done,” Cllr Doyle concluded.