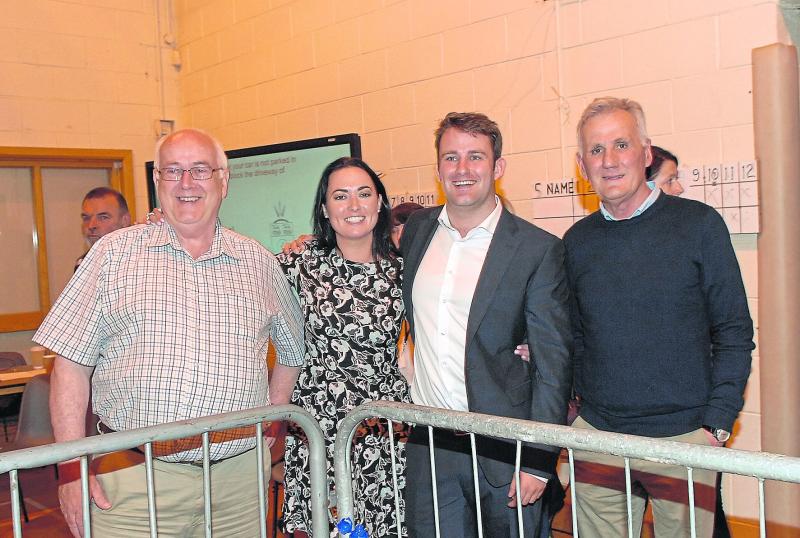 “I am absolutely over the moon I really am; never in my wildest dreams did I think I’d exceed the quota and be elected on the first count. I owe such a big debt of gratitude to the hundreds and hundreds of people in Dundalk and north Louth who put their trust in me once again and put their number one beside my name. It's really to the people of Dundalk that I have to say a very big thank you to.”

This was the initial reaction from Fine Gael's John McGahon, who on Saturday night, along with Cllr Antóin Watters, was elected to Louth County Council on the first count.

Speaking about the work he has put in during the campaign, Cllr McGahon said:

“Every county councillor and politician works very hard. There's no doubt about that and we all have different ways of working.

“One of the ways that I try to work is to be somewhat of a campaigning politician, where for the last five years I am regularly out with street letters updating people about work I'm doing in estates.

“But that's not to take away from anyone else. We all have our own way of doing our work.

“I'd like to think I’ve put in a big shift and actually if you look at some of the tallies, I did a lot of work in and around Fatima and that whole area; and the tallies reflected that, where I went from 71 votes to 172. That's just an example of one area where I've done a bit of work and it paid off.

“But I'm so grateful to people who voted for me.

On the Fine Gael vote in north Louth in general, McGahon was very upbeat.

“It's gone up for both myself and Maria Doyle. Now after the last election in the Dundalk Municipal District, there's 4,000 people who voted Fine Gael, between Dundalk-Carlingford and Dundalk South.

“I think that's a real recognition of the work that both Maria and I have put in as councillors and the work my colleagues Roisín Duffy and Linus English have put in to running two excellent campaigns that we got that type of a vote,” Cllr McGahon concluded.