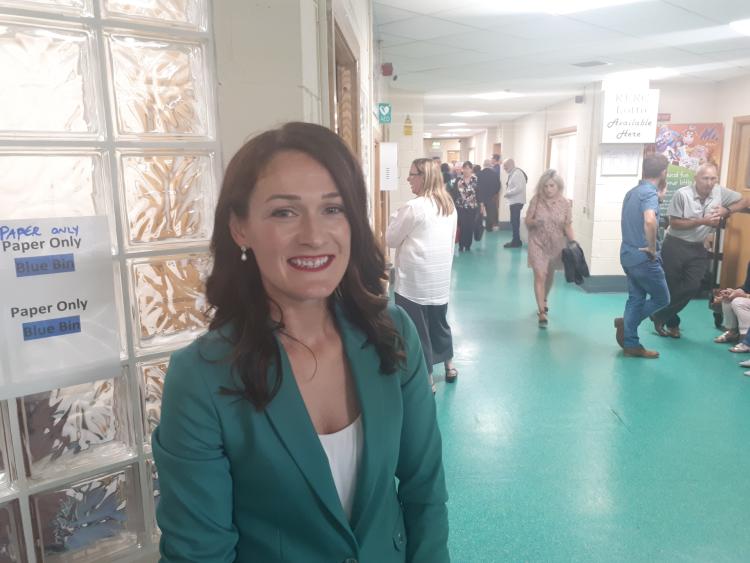 First time election candidate for Dundalk/Carlingford Erin McGreehan has said that she is "overwhelmed" by the initial tally results.

"As a first time candidate you don't know what way it's going to go. I haven't been tested before and it's a great privilege to have such a good mandate for your first time," said Ms McGreehan.

McGreehan has landed 1214 of the first preference votes as per the final tally.

"And it's great to see the two boys (Sean Kelly and Conor keelan) in Dundalk coming along, we could have three Fianna Fail and that has to be only positive for the party.

"In the peninsula there was a higher turnour, so that was always going to benefit me. The tick tack between me and Antoin Watters, we kept an eye on each other the whole way.

"Our home boxes are the same boxes, which had a 70 percent turnout, so it just shows that people came out to support local."