Rita Reenan loved all aspects of life including trips away 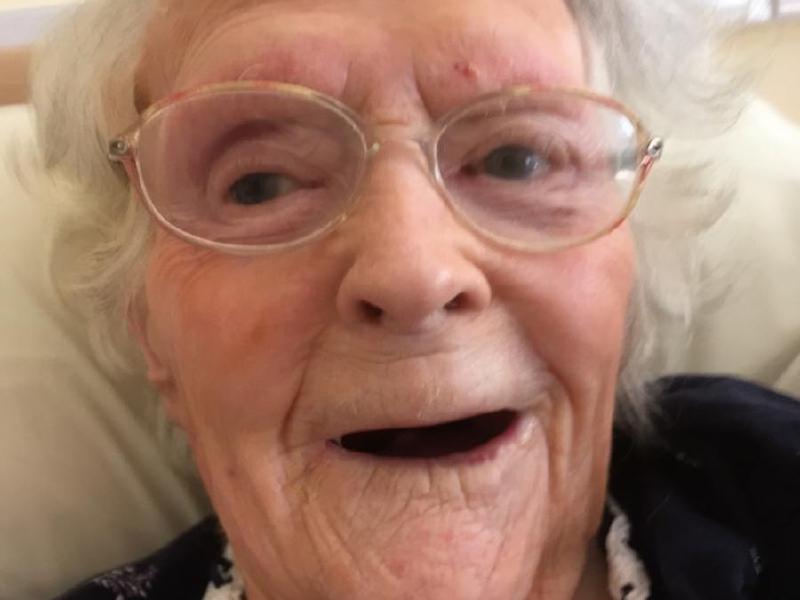 Her death follows less than two years after the passing of husband Patsy.

They were a very devoted and attached couple who lived life for each other and their family and while very sad and will miss her greatly the family are happy they are reunited.

Rita had the most loving, compassionate and caring nature, which she showed not alone as a wife, mother , grandmother and great grandmother, but in her role as a carer doing what she loved best caring for and looking after people. She spent over 15 years in Hilltop Hospital and when it closed moved to carry out a similar role as carer in Saint Oliver Plunkett Nursing Home.

Formerly Miss Rita Hughes, she was the last surviving of eight siblings who grew up in Culhane Street in town. She went to work in the town’s shoe industry, starting her working life in Hallidays factory.

She met with Patsy Reenan from Haggardstown, and after marrying the couple resided in various places, including Victoria in London and locally in Clanbrassil Street, Bay Estate and Mary Street North before settling in Broughton Street.

Rita loved all aspects of life, including annual holidays to Blackpool with Patsy and her sister, Mena and brother-in-law Brian.

They took in the various sights and Rita indulged in her love for shopping and buying presents which she brought home to her much loved grandkids, nieces, nephews and a host of others with her generous nature.

Enniscrone in Sligo was another popular spot for Rita and Patsy to visit.

She also had a love for television and was a daily follower of the soaps. If you came to visit her when these were showing then you would have to sit and watch them with her until they were over.

Bingo was another favourite pastime and she was lucky enough to win a few pounds which she lavished on her children and grandkids.

She was unfortunately diagnosed with Alzheimer’s over 20 years ago. True to character, Rita faced this with the utmost dignity. She battled courageously and fought the fight until the end.

She moved to her new home in Saint Oliver’s over 12 years ago. There she received the most outstanding professional and loving care that her family will always remember and appreciate.

She was predeceased by husband Patsy, also by her parents, Bridget and Nicholas and sisters, Bridie, May, Olive, Mena, Teresa, Eileen and brother, Brendan.

She reposed at her daughter Cathrina’s home at 24, Mountain View, Point Road from Monday to Wednesday. She was then taken to Saint Fursey’s Church, Haggardstown for funeral Mass followed by burial in the adjoining cemetery.

Father Padraig Keenan PP was the celebrant and gave the eulogy, while granddaughter, Laura spoke movingly about her grandmother.

Gifts symbolizing Rita’s life were taken to the altar by granddaughter, Ashling, nephew, Brendan Kerley and niece Marion Redmond. These included a photograph of Rita, a scarf, a replica of her dog, Jack and a teddy bear made from pyjamas that belonged to her beloved husband Patsy. The Offertory gifts were presented by brother in law Jim Reenan and niece Angela Scollon.

A reflection was read by niece, Barbara McGuinness.

The beautiful music was provided by organist, Brendan McCourt and singer, Sarah McCourt.

Month’s Mind Mass will take place in Saint Fursey’s Church, Haggardstown on Sunday, June 2 at 11am.