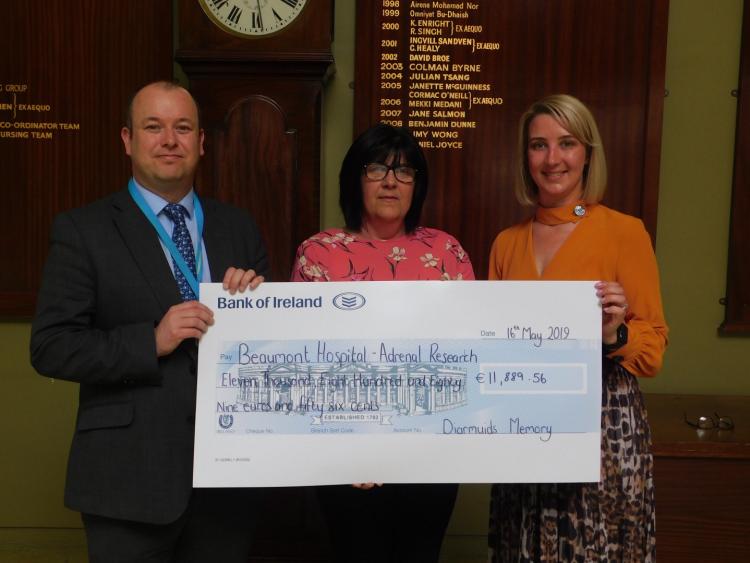 Nearly €12,000, which had been raised in memory of local man Diarmuid MacArtain, has been donated to adrenal research at Beaumont Hospital in Dublin.

The funds were raised from the #IntoTheSeaForDee pier jump event which took place at Gyles Quay on New Years Day.

Diarmuid, from Lordship, passed away just six months ago and soon afterwards his partner Rebecca Wilson decided to raise funds for various charities and research projects in his memory.

Rebecca, along with Diarmuid's mother Kathleen, were on hand to present a cheque for €11,889 to Professor Sherlock of Beaumont Hospital yesterday.

Taking to Facebook afterwards, Rebecca explained how they decided upon this particular project:

"Today marks six months since Diarmuid passed away so it was a tough day, just like any other, but a great reason to go out and honour his memory. After a meeting with Professor Sherlock two months ago and some discussion later the research projects have been chosen.

She added: "Diarmuid already knew a little of the chosen projects and wanted to be involved so this is the next best thing.

"I cannot thank our friends and family enough for their constant support, to the entire community of people who braved the water on New Years Day for the first annual #intotheseaforDee from the bottom of my heart I am so grateful."