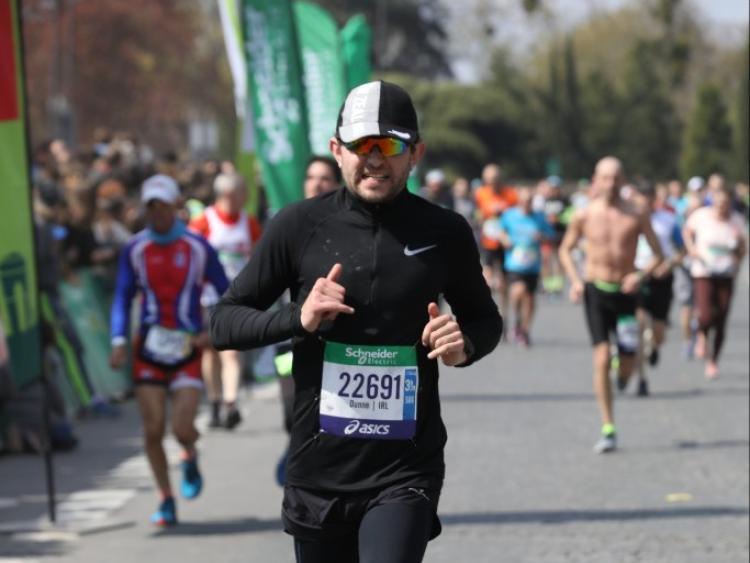 A Dunleer man is looking to complete ten marathons in different locations across both Ireland and Europe to raise awareness and promote support for the Rape Crisis Network Ireland (RCNI).

Conor Brendan Dunne says his reason for choosing RCNI comes from a quite "uncomplicated" place.

"I think it loathsome that, in the light of the apparently ever-present threat of sexual assault, about one half of the earth’s population (no, not only women… but mostly women) have little choice but to see their quality of life diminished and restraints imposed upon their freedom," explains the 22-year-old.

He adds: "Friends of mine frequently reveal to me the devices which they feel they must employ in order to avoid any 'unwanted attention': wearing headphones and sunglasses in public; always having a book at hand to bury their eyes in, should the need arise; wearing scarves; smiling, but not too much; being clever about where they choose to sit on public transport; planning routes home in advance; gripping their back-door key between fingers as they walk down dimly-lit streets, forever ready to turn it into a shank, and so on."

Choosing the more expansive RCNi, as opposed to a single centre, Conor hopes "that the money will be fairly distributed to those locations which need it most."

So far Conor has ran marathons in Paris and Bordeaux, with another two fast approaching in Stockholm and Waterford.

He is also signed up to run further marathons in Dublin and Galway, but he says he has his set eyes on other events in Spain and Denmark too.

Is he looking to set a particular time?

"I’ve set my initial target, time-wise, at about three-and-a-half hours, too, in the hopes that I’ll be able to improve upon this as I continue to rack up the miles and experience."

The Dunleer man has set up a GoFundme page to help bring in further donations.

"I know it’s a well-hashed cliché at this point, but anything at all really does help - even one measly euro is one euro more than before," explains Conor, "and if ten measly individuals were to donate one measly euro each, that would be enough money to pay an expert therapist for an hour-long consultation with a victim in need."