Ardee beekeepers honour one of their own 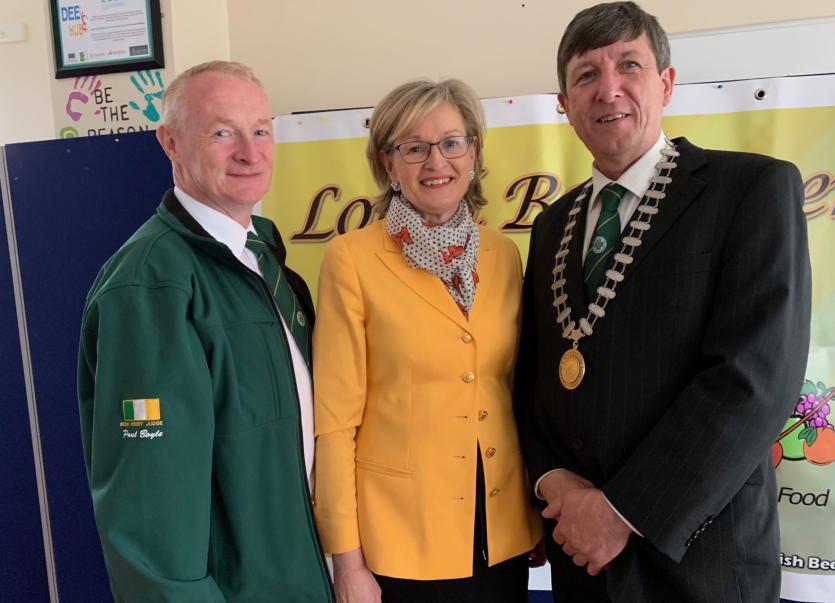 Louth beekeepers have been praised for honouring the memory of a famous Ardee man who was the father of bee keeping in Ireland.

Turlough Butler O'Bryen was born in Ardee in 1853 and was appointed by the Congested District Board to develop beekeeping in Ireland in 1893. He travelled the country by bike leading the way in introducing moveable frame hives. 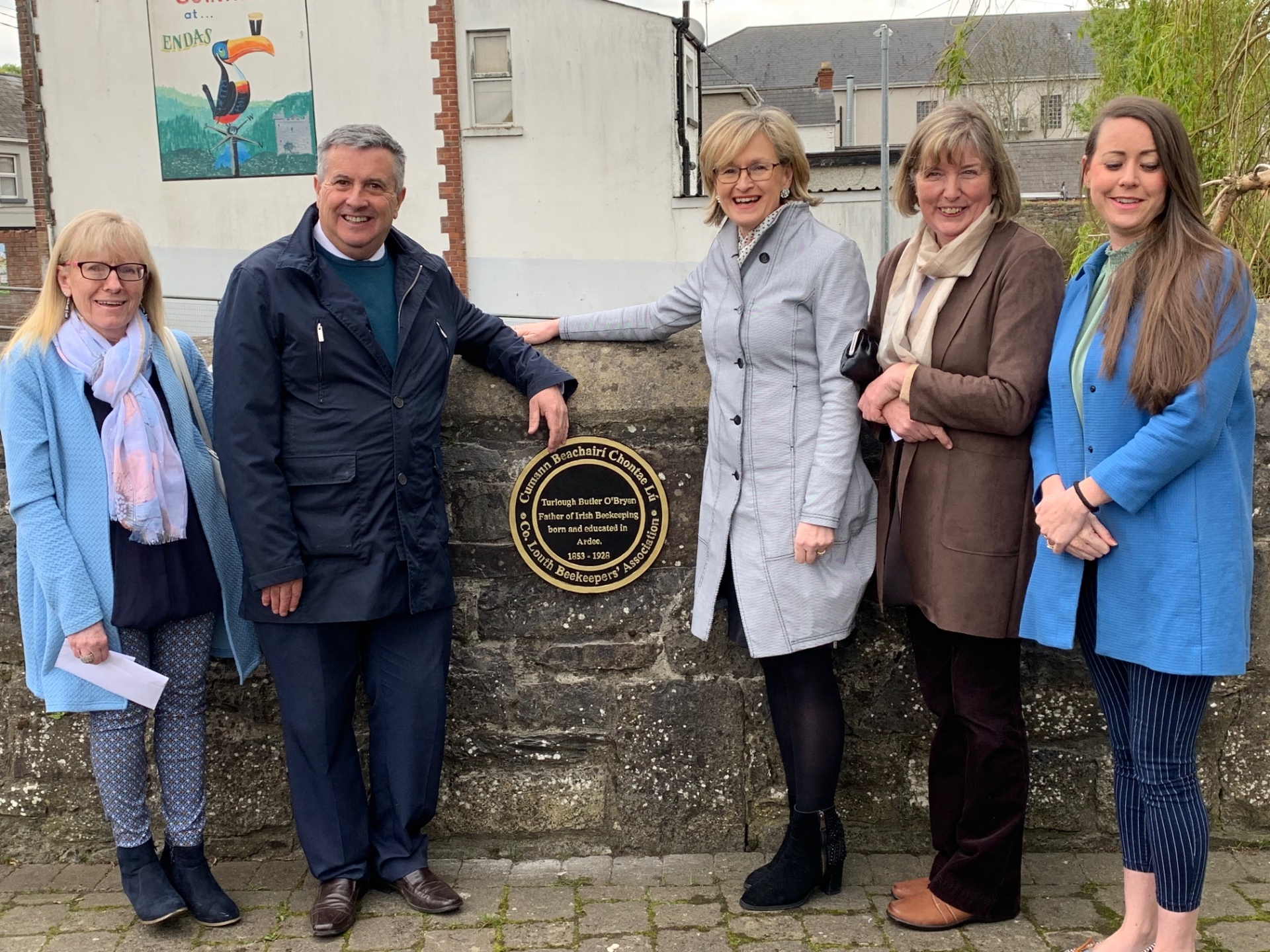 His memory and his achievements were recalled at the unveiling of a plaque in his honour in Ardee at the weekend by the President of the Beekeepers Federation of Ireland, Paul O’Brien.

Speaking at the event Mairead McGuinness MEP and First Vice-President of the European Parliament said:

"Turlough Butler O'Bryan's foresight in leading the introduction of movable frame hives in Ireland made an invaluable contribution to beekeeping in this country.

"The decline in pollinator and bee populations is down to multiple factors – changing weather patterns, farming practices and diseases. We can all take action to reverse this decline, be it gardeners and/or farmers. We need to ensure that there are habitats for pollinators,” she said.

Agriculture and food production rely heavily on pollination. “Without pollinators and bee pollinators we are threatening our food security," McGuinness explained.

Commenting on the next reform of the Common Agricultural Policy (CAP), which will call on farmers to deliver more for the environment, given the essential role that pollinators and bee populations play in food production, more cooperation between farmers and beekeepers should be encouraged and supported, she said.

The EU has brought in a number of measures to tackle the issue of decline in pollinator and bee populations. Each year the European Parliament hosts European Bee Week to which McGuinness is actively involved. This event brings together beekeepers and bee enthusiasts from around the EU to share best practices and form recommendations on how to best protect pollinators and bee populations.

The MEP recalled the European Bee Week in 2016, in which she invited the late Philip McCabe to address a key conference. Philip who was President of Apimondia at the time, the international federation of beekeeper associations, focused on extinction rates.

"I was very happy to have Philip in the European Parliament for Bee Week. Philip's expert knowledge brought an added value to the discussions and debates and we are all deeply saddened by his passing", McGuinness said.

She said she has written to Minister for Agriculture, Food & the Marine Michael Creed TD, urging him to establish strong links between farmer discussion groups and beekeepers.

“At ground level there are some excellent examples of farmers working closely with beekeepers, but we need more of this with greater awareness needed by sprayer operators of the risks they pose to hives.

“By providing a place to link beekeepers and farmers we would have greater discussion and understanding of what the needs of beekeepers are and how together there could be a greater focus on the importance of biodiversity and the need to enhance it,” the Fine Gael MEP added.

Warning to Louth walkers, cyclists and drivers about more agricultural vehicles on the roads