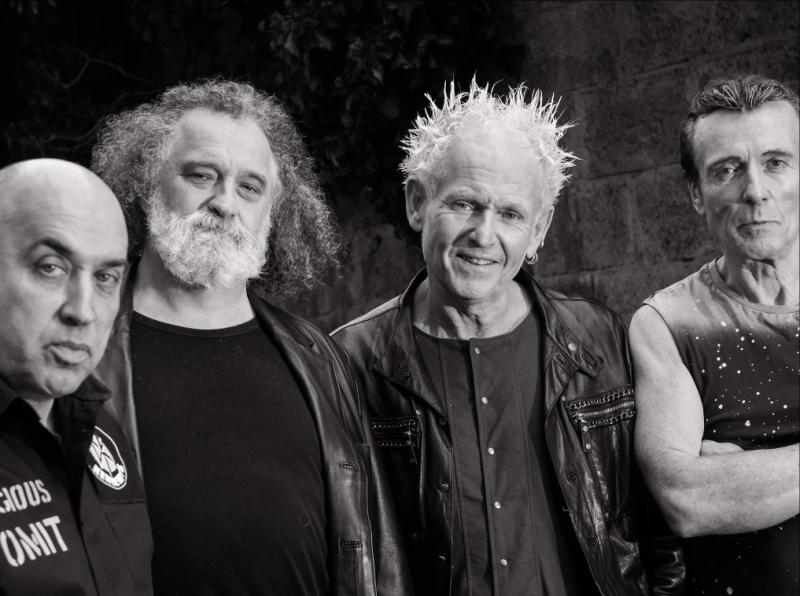 Belfast-Punk legends The Outcasts return to The Spirit Store, Dundalk this Saturday (May 11) following their sold out performance last year.

The band formed back in 1977, taking influence from bands such as The Sex Pistols, The Clash and The Ramones. Their popularity grew with each gig they played at the Harp Bar, a venue formally situated on Hill Street (Belfast), made famous for housing many up and coming Punk acts during the hostile time that was ‘The Troubles’.

The Outcasts soon caught the attention of Terri Hooley, a man hailed as ‘The Godfather of Belfast-Punk’, who signed them to his record label ‘Good Vibrations’ in 1978. The band’s first release release through the label was ‘Just Another Teenage Rebel’, a single that earned nationwide airplay by gaining the interest of the legendary John Peel, who played it on his BBC show. The band went on to release more fist-pumping tunes, including ‘Self-Conscious Over You’.

The Outcasts will once more be joined by local Punk legends The Gakk, who recently released their album ‘…Take A Look Around’. The Gakk, who have a large fanbase across the country, have also gained a substantial following in the UK and abroad, thanks to their raucous songs that often infuse reggae and ska elements along with their classic punk sound.

This is a night not to be missed. Tickets cost €16.50 and can be purchased from The Spirit Store, Georges’ Quay, McAteer’s Foodhouse, Clanbrassil Street, or online at www.spiritstore.ie.