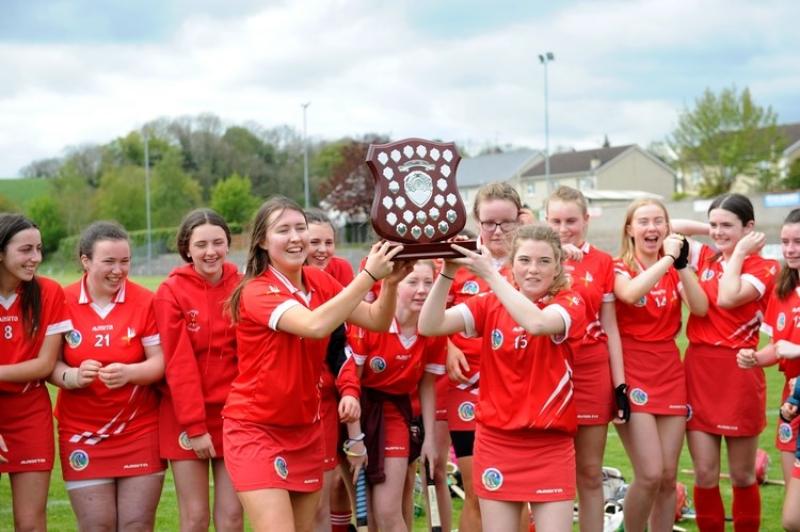 The Louth minor Camogie side edged a closely fought contest against Donegal to claim the division final on Sunday in Eglish in Tyrone.

This competition, also known as Strike for Glory, is a round robin competition within the Camogie developing counties with the two top teams meeting in the final. Louth had payed Donegal in the round robin last weekend and although they had led for most of the match, lost to a last minute score.

Word from the training field this week was the girls were going to leave nothing behind in their quest for silverware and that is exactly what they did. In a closely fought encounter, both teams kept each other honest.

Donegal were marginally ahead at half time Louth 1-0 Donegal 1-2, though a second half blitz of goals meant that this fixture went down to the wire ending with the win for the reds by the minimum of margins, a single point. The final score was Louth 4-2 Donegal 3-4.

Presentations of the trophy to Squad Captain Niamh Cunningham and Team Captain Fiona Matthews were made by Kathleen Woods, President of the Camogie Association. Also presented was Niamh Matthews, with player of the match. Coaches Joe Cunningham and Barry Leonard thanked all of the girls for their incredible fighting spirit that has seen them develop in to the winning squad we have today.

2019 was the first time Louth had a minor team in more than a decade, thanks to the fantastic work happening at juvenile level within the county and clubs. Juvenile Camogie is now being played by St Annes -Togher, St Kevins - Philipstown, St Fechins -Termonfeckin, Mattock Rangers - Collon, St Brides - Knockbridge, Pearse Og - Dundalk, Cooley - Cooley Peninsula and by Blackrock Hurling and Camogie club in Blackrock.