OBITUARY: Lily O'Neill lived virtually all her life in 'Happy Valley' in Dundalk 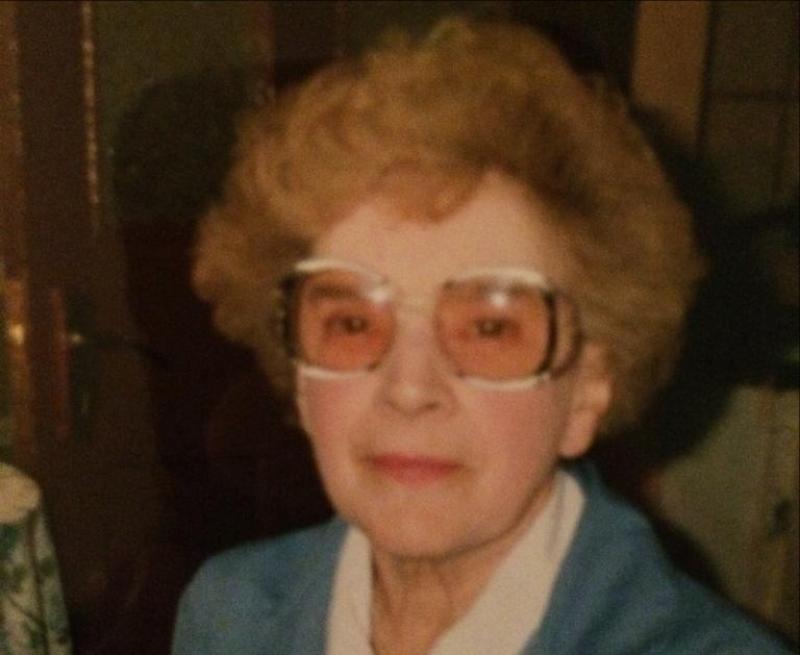 OBITUARY: Lily O'Neill lived virtually all her life in 'Happy Valley' in Dundalk

Lily O’Neill Saint Brigid’s Terrace who died on March 12 last lived virtually all her life in what is the closely knit and friendly community in town known as “Happy Valley.”

She was the last surviving of her siblings, with her late brother Tommy, one of the town’s most famous footballers who was a cup winner in 1952 with Dundalk and a senior international player with his country, and played professionally with Southampton.

Formerly Miss Traynor, Lily started out life in Mill Street, but her parents Patrick and Agnes soon after moved very briefly to Parnell Park before settling in Saint Brigid’s Terrace. Lily lived in the neighbourhood for the rest of her years until ill health dictated she entered hospital.

She was the third eldest of eight children, comprised of five sisters, Kathleen, Agnes, Madge, Cissie and May, and brothers, Paddy and Tommy all of whom predeceased her, along with husband James.

She attended the local national school in Mill Street and went to work in the then thriving shoe industry in town. She became a forewoman with Clarks Shoes before she left the company.

She ran the family sweet and grocery shop in Saint Brigid’s Terrace before at a later stage returning to work in the local shoe trade. She worked in the Weyenberg factory on Coe’s Road until it closed.

Upon her marriage to James O’Neill, who hailed from Dowdallshill and worked on the railway, the couple set up home in Mary Street North.

They moved to a larger house in the neighbourhood and then to her parents home in Saint Brigid’s Terrace with the death of her mother. Lily took on the responsibility of looking after her father and running the family shop.

The shop was a social hub of the community where residents came not only for provisions but to sit and talk.

Lily for her part was very out-going with an obliging nature who would do anything for those she knew. She loved life and craic, and was full of vitality.

At any social gathering she was the first out on the dance floor and to sing.

A favourite outing for Lily with her sister Kathleen was Oriel Park on a Sunday night, where she loved to dance.

Bingo was her main social outlet, and enjoyed knitting at which she excelled, and also sewing.

She also enjoyed for a handful or more years travelling with her late sisters on holiday to the sun in Benidorm.
She spent her last 11 years in the wonderful care of Saint Oliver Plunkett Hospital, where, in Saint Gerard’s and Saint Cecilia’s ward she received care second to none and for which her family are forever grateful.

The family are also thankful to all who called to sympathise with and helped them, and to Shevlins Directors for the sensitive and professional manner in which they carried out the funeral arrangements.

She reposed at her home prior to her removal on the Thursday morning to Saint Joseph's Redemptorist Church.

The music was provided by violinist Eibhlin Crawley.