Ireland's most infamous comedy couple are coming to Dundalk 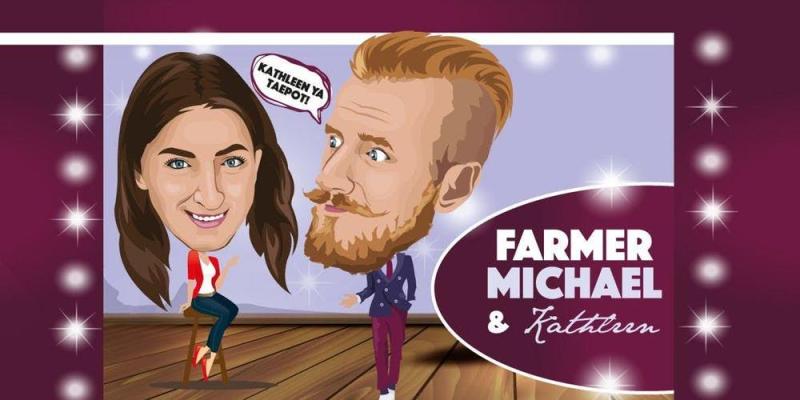 Farmer Michael and Kathleen, Ireland's most infamous couple, known for their hilarious viral comedy sketches, are heading to Dundalk on Friday April 26th as part of their nationwide tour.

The couple are fresh from their last tour which included sell out shows all over Ireland and the UK. The pair have become part of the fabric of Irish sketch comedy over the last three years with their clips being shown on RTE, TV3 as well as in the US on CNN, FOX and NBC to name a few.

The pair are visiting the Castle Bar on April 26th for a night of sketches, laughs and songs as only they can manage!

Tickets are selling extremely fast and can be purchased on eventbrite at 'Farmer Michael & Kathleen Live in Dundalk'. www.eventbrite.ie/e/ michael-and-kathleen-and- friends-live-in-dundalk- tickets-50217428681

Tickets are 25 Euro and doors are at 8pm.