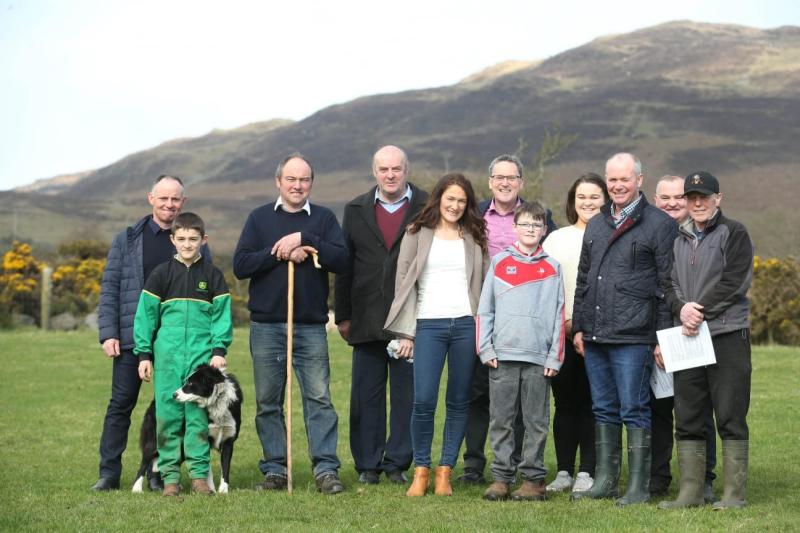 Erin McGreehan Local Election candidate for Dundalk Carlingford LEA has raised the issue of dog owners taking responsibility for their pets after following a spate of recent dog attacks on sheep in the Cooley Peninsula.

Fianna Fail candidate McGreehan said: "It is the responsibility of the owner and not the fault of the innocent dog that they are allowed to roam wild and attack farmers’ livestock. This livestock is a farming family’s livelihood, their income.

"Farmers get no joy out of the necessity to put down a dog it is cruel but once a dog kills other animals it will continue to do so and in the long run, it is the only safe thing to do."

Louth farmers have called for the Government to re-run a television ad campaign about responsible dog ownership from the 1980's. The ad first aired on RTE in 1984 and proved to be a very effective way to inform television viewers that 'running free, he can be a killer.'

McGreehan added: "After all the awareness and dog attacks; the Government continues to ignore the calls to run this advert, it already exists they should not be holding back in encouraging responsible dog ownership."

McGreehan also emphasised that it is now "a necessity" for tighter laws to be implemented with regard to the micro-chipping of dogs and that there is "a need for more for resources for the dog warden service so that it can give an after-hours service".

"This probably increases the compliance level for microchipping as people are not being forced to get a dog licence if they get their dog microchipped but it is clearly not very efficient.

McGreehan concluded: "There should be an adequately contained area where dog owners can let their dog run free and off lead. Dog Parks are commonplace in many countries but not that common in Ireland.

"If there was an area for example in a Coillte forest that was fenced off and the dogs could run free and happy enjoying nature like they should be, but it would be in a safe environment for all, it’s only one option but something in this line could be a positive for tourists and local dog owners alike."