Kilkerley all set for 'Night at the Oskars' 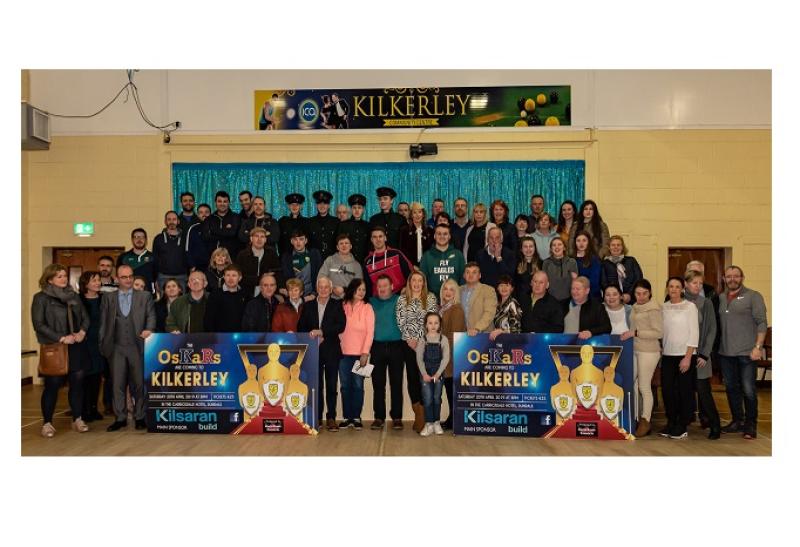 The countdown has begun until the first ever Kilkerley Emmets’ “Night at the Oskars”. Taking place in the Carrickdale Hotel on Saturday April 20. Tickets are now on sale for what is shaping up to be a cracking night's entertainment.

Seven films have been produced by members and friends of Kilkerley Emmets GFC, with the help of Kevin Rowe Entertainments.

This will be the biggest fundraising event that the club has organised in years, with over 65 volunteers working together to put on an unforgettable show.

The club were delighted to welcome Kilsaran Build on board as the main sponsor for the Oskars night, with Declan McCartney, Director of Kilsaran Build saying:

“Kilsaran Build are delighted to support a really worthwhile community project and the atmosphere here tonight is testamount to all of the participants and the committee that have organised this initiative”.

Vincent Litchfield, Chair of the organising committee for the event in thanking Declan and Kilsaran Build for their contribution added:

“Every one of the actors and actresses have put in such hard work and we wish them all the best for the filming”.

All seven of the films will be showcased on the night with the Oskars awarded.

Tickets are now on sale at €25 each and are available from any member of Kilkerley GFC.