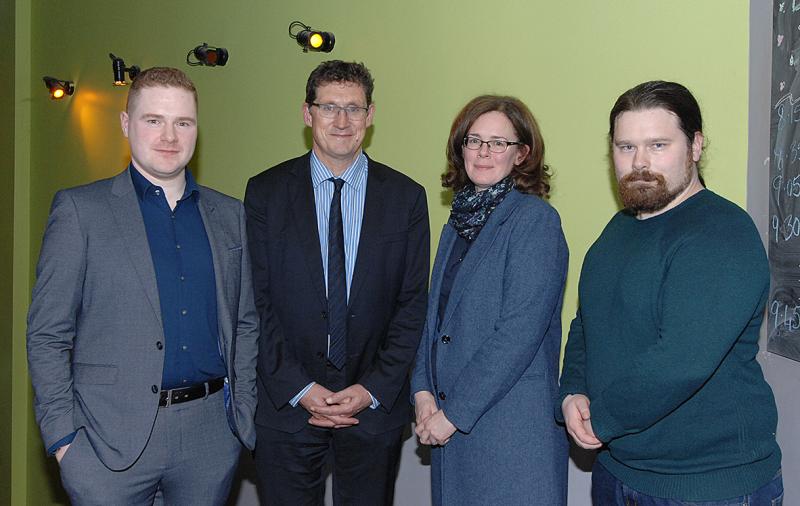 The Green Party launched their local and European election campaign with a concert in the Spirit Store on Thursday night.

Guests were treated to some of the best local music on the night with Larry, Elephant and Kelso all putting in stellar performances.

They were joined on the stage by Conor Bailey and Dónal McKenny, the two students from Ardee Community School who organised the recent Louth School Strike 4 Climate.

The event was also an opportunity to meet with the European and Local Election Candidates for the area.
MEP candidate for the Midlands North West region Saoirse McHugh spoke about how important it was now more than ever to send a Green voice to the European Parliment saying: "Decisions are made in the European Parliment that affect every country in the EU, it's important to have Green Representation to protect people and the Environment."

"Tonight has been brilliant," said Daly afterwards, "it's great to see our family, friends and supporters get together and relax. We really couldn't run without their help and understanding."

This year's Local Election will be held on the 24th of May, with the Green Party putting forward more candidates nationwide than ever before.