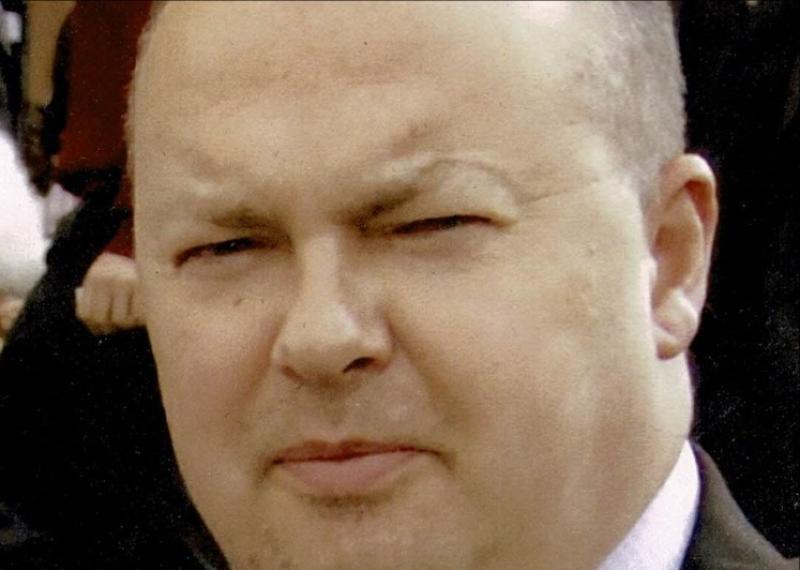 Vincent (Vincie) Duffy, Ard Easmuinn, Dundalk, who has passed away, was a well-known barman and very much involved in football.

He worked in a number of pubs throughout the town before running his own premises, Jimmy’s, Park Street, while he was closely associated with Dundalk FC, Quay Celtic FC and Colliers FC.

Above all, however, Vincie was a great husband and father to his wife, Áine and son, Andrew.

Aged 52, he died peacefully on January 28, 2019, at Our Lady of Lourdes Hospital, surrounded by his family.

Originally from Ard Easmuinn, Vincie was the youngest of three children of Vincent and Elizabeth Duffy, who survive him, along with his brother, Johnny and sister, Teresa.

He attended the Friary National School and then the Marist College before going to work in the Fane Bar.

He went to England for 12 months and on his return went back to the Fane. He subsequently took up employment in the Tara Bar followed by Mr Ridley’s.

Moving away from working in Park Street, Vincie was behind the bar in The Horseshoe, Barrack Street, then O’Connell’s, Quay Street before he took over running the popular Jimmy’s Bar which brought him back to Park Street.

In the pub, there was no denying his allegiance to Dundalk FC with lots of memorabilia to be seen. He ran buses to away games from Jimmy’s.

As a younger man, he was editor for a number of years of Dundalk’s matchday programme, a role he took on with enthusiasm.

His interest in football extended to coaching and management at Quay Celtic where at different times he was over the U-11 and senior sides.

While working in the Tara, he started up Colliers FC, a team which competed in the then Dundalk Winter League for a number of years.

Apart from his involvement in the game locally, Vincie was a big Liverpool fan.

He loved coming home to watch a movie, sitting with his son, Andrew if he was home from college.

The two boys also enjoyed heading out for their ‘breakfast meetings’ as Vincie called them, on Saturday mornings.

He enjoyed listening to music by Queen, Madness and The Stranglers, among other bands, and was a fan of Punk.

Another pastime was being outside looking after the garden, a job he loved doing.

With his wife, Áine, who he married on August 9, 1991, he looked forward to going out for a meal, just to get away for a couple of hours to chat and catch up.

Vincie’s parents live just around the corner, and he was a daily caller to them, always bringing a tart or something with him for a cup of tea.

He also liked to go out with a couple of close mates for a pint on Fridays.

Readings were given by brother, Johnny and sister-in-law, Linda, with the prayers of the faithful led by Laura Crimmins, Alison Crimmins, Nicola Crimmins, Aoibheann Duffy and Conor Loughman, nieces and nephew.

These included his wedding album, a music CD, a painting of Jimmy’s, framed Dundalk jersey, a poster for a Punk Night he was to have in the pub and a photo of Vincie with his son when Andrew was a baby.
Sister, Teresa and sister-in-law, Dorina Crimmins participated in the offertory procession.

Andrew spoke warmly about his Dad, while friend, Raymond Trimble had some amusing stories to share about Vincie’s love of football.