Jimmy Kennedy worked as Head Chef in the Fairways Hotel 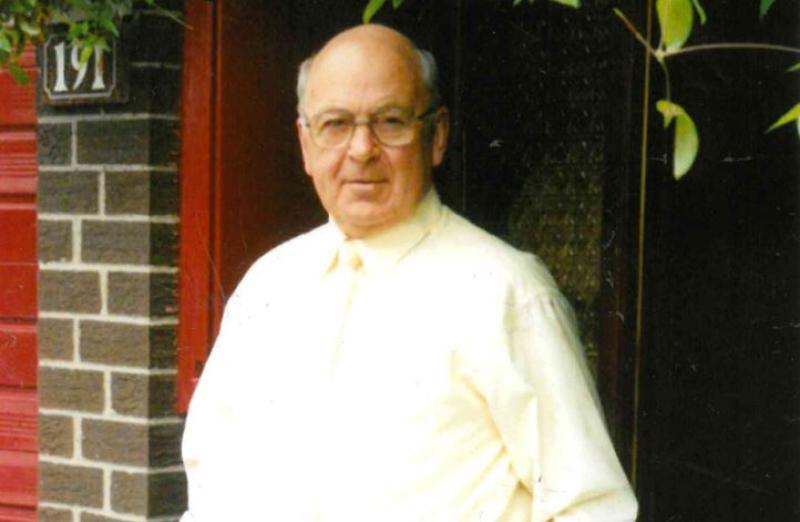 Jimmy Kennedy worked as Head Chef in the Fairways Hotel

Jim Kennedy, Oaklawns, Dundalk, who died on February 25, 2019, after a long illness borne with great fortitude, was a very loving and caring husband and father.

Kind and gentle with a great sense of humour, he was loved by friends, work colleagues and all who knew him.

Born in Dun Laoghaire, County Dublin, he was a son of James and Kathleen Kennedy, one of a family of four boys and four girls.

Sadly, his sister, Kathleen passed away. He is survived by his brothers, Paschal, Bill and Joe and sisters, Marie, Ann and Bernie.

Their mother, Kathleen died aged 32 giving birth to Joe. The family was split up, six taken into care, and the baby and Jim fostered by an uncle and his wife.

When Jim’s new family moved to Limerick, he attended school there at The Crescent.

Aged 16, he went to take up a career in catering in Shannon. His love and total commitment to cooking lasted throughout his life.

He went to Frankfurt where he learned to speak fluent German. Subsequently he took up posts in the Savoy and Dorchester Hotels and Irish Embassy in London.

On returning to Ireland, Jim was employed as Head Catering Instructor in Rockwell College.

While on a weekend in Dublin he met his wife to- be Maureen. He said it was love at first sight.

He then moved to Dublin, worked in the Intercontinental Hotel, Ballsbridge and was then employed by CERT to start the first catering school in Maynooth College where many of the students who couldn’t read were taught by the novice students for the priesthood.

Jim, by then married and with a daughter Margaret, was appointed as Head Chef in the Wellington Park Hotel, Belfast for four years and later Executive Chef for Trust House Forte in Lisburn for another three years.

With no let up in the Troubles they moved to Dundalk. He ran a pub in Stabannon for 15 years while also working as Head Chef in the Imperial Hotel and later Fairways Hotel.

Jim had a great love of Irish traditional music and played the jaw harp and Bodhrán.

He was recently given a medal and award for more than 45 years in Comhaltas, Forkhill.

He loved and enjoyed his golf, walking three dogs and singing in the Redemptorist Choir.

Jim was a great believer in Saint Padre Pio, and for many years, with Maureen, helped with buses to Knock and went several times to San Giovanni.

He also organised the Triduum in the Holy Redeemer for more than 35 years, and attended Saint Mary’s Church in Drogheda every month where he was able to sell medals, calendars, etc., all to do with Padre Pio.

Whatever he took on was given total commitment.

Jim is survived by his wife, Maureen, daughter, Margaret, brothers, sisters and other family members.

He reposed at Shevlin’s Funeral Home on Wednesday and was then taken to the Redemptorist Church where ceremonies were conducted by Father Eamon Kavanagh.

Beautiful trad music at the wake and before and after Mass was by Jim’s traditional music friends. The Redemptorist choir sang beautifully.

Gifts celebrating his life were brought to the altar by family and friends. These included his chef’s apron, bodhrán and jaw harp, photos of his wife and daughter and one of his hymn books for Saint Patrick’s Day.

Readings and prayers of the faithful were again by family and friends.

Finally, Margaret spoke very movingly about her best Dad in the whole world.