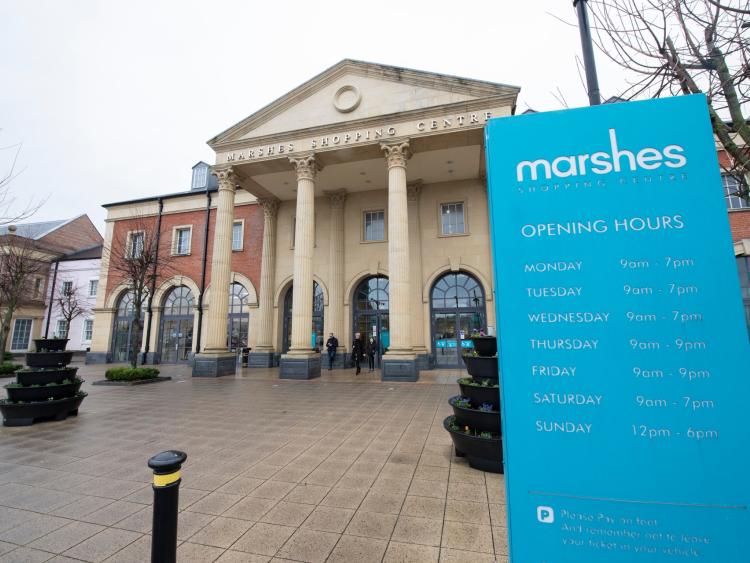 As online shopping disrupts the overall sector and cheaper Sterling attracts people over the nearby border, Marshes Shopping Centre in Dundalk has become the north east’s retail success story.

Marshes welcomed four million visitors in 2018, a 2.1% annual increase, and in the critical Christmas period, footfall rose by 1.1% on December 2017.

Despite winds of change blowing through retail and Brexit uncertainty, Marshes recorded a footfall increase of 1.75% in the last quarter of 2017.

The Penneys store at Marshes is the largest Primark outlet in the north east, also attracting shoppers from Northern Ireland.

Retail Ireland, the Ibec group which represents the sector, says there is consensus in the industry that footfall levels in traditional shopping hot spots are continuing to decline.

It says this is largely as a result of a move to online shopping by Irish consumers and changing consumer shopping patterns.

According to lobby group Retail Excellence, a decline in hot beverage sales in December of -2.17pc was indicative of a footfall erosion, nationally

Marshes says it takes its responsibilities to customers very seriously and believes its brand mix, food and beverage offer, community focus and bright environment, has helped shape its success.

"Even with fluctuations in consumer sentiment, overall personal spending has been positive in the past couple of years, boosted by an increase in numbers employed in the region,” said manager Seán Farrell.

“With Brexit looming, Marshes is implementing a marketing strategy for 2019 that has local customer need at its core.”

“As a central destination, there is a duty and responsibility to serve in ways which go far beyond retail,” said Mr Farrell.

Marshes which opened in 2005, was built at a cost of €150m, and hailed as one of the most modern, high quality shopping environments in Ireland, aimed at transforming the commercial heart of Dundalk.

It directly employs over 900 people and key tenants include Penneys, Dunnes Stores, Carraig Donn, H&M, Peter Mark and Starbucks across 46 units which also accommodate a number of local traders alongside Irish and UK retail chains.

The 350,000 sq ft centre sits on a 28-acre site with over 1,700 surface car park spaces and has an innovative design comprising modern and traditional elements, which has been crucial to its success.

“There will always be an attraction to bricks-and-mortar shopping in a pleasant environment,” said Mr Farrell.