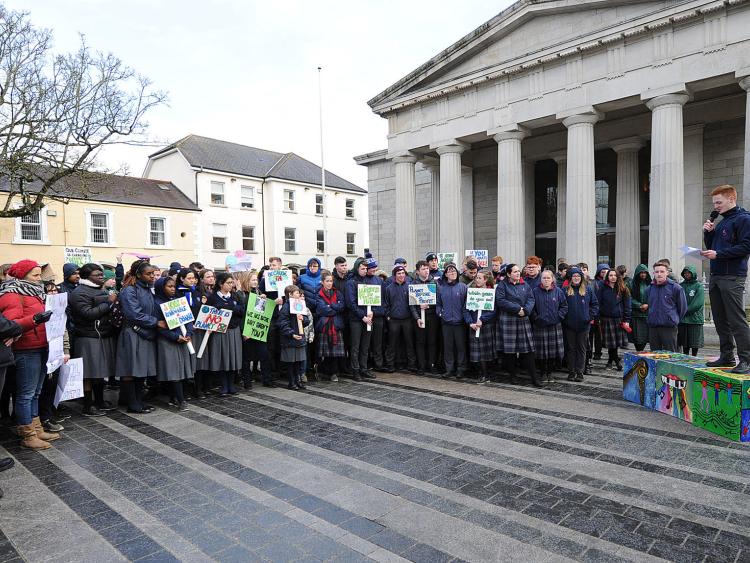 Large crowds of local children and teens staged a walkout from their respective schools from 11.30am this morning to attend a protest at Dundalk market square calling for the Irish Government to take urgent action on climate change.

Pupils from Ardee Community School (who organised the protest), the Grammar school, the Bush, the Louis, St.Vincents and Colaiste Lu will gather at Market Square, Dundalk were all in attendance as were a number of politicians including Mark Dearey, Ruairí Ó Murchú, Peter Fitzpatrick and The Dundalk For Change group. 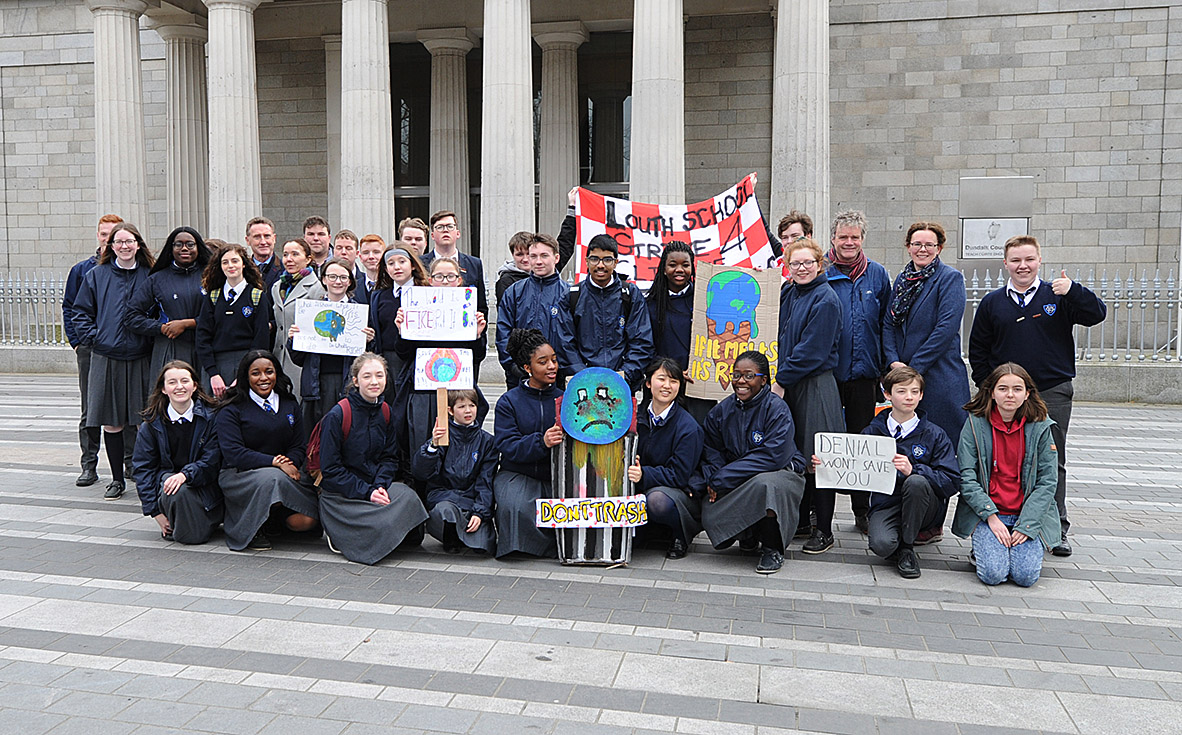 The Irish SchoolStrike4ClimateIreland strikes took place across Dublin and Cork this morning. The strike also saw local teens stand in solidarity with youths from across the globe to call for Governments to act now on global warming under the banner of Fridays For Future. So far, these strikes have taken place in over 100 countries, concentrated in well over 270 major cities.

The Louth protest organisers Conor Bailey and Dónal McKenny from Ardee Community School said: "We will be under the umbrella of the “FridaysForFuture” protests as well as the “ SchoolStrike4ClimateChangeIreland”. 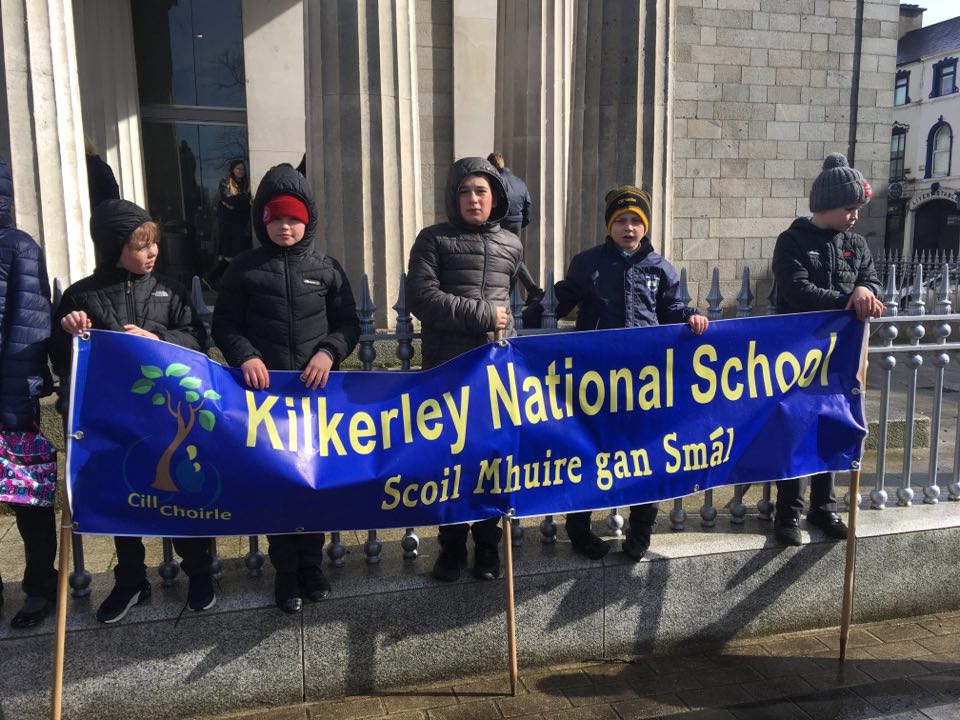 "This is a global movement, not simply a day off for the students. We are heading for a crisis and our government simply isn’t doing enough to stop it. County-wide awareness of this issue is urgently needed. Not only will the strikes achieve this, but they will act as a catalyst to further activism in bringing about governmental action.

Attending the event with her fourth class pupils Kilkerley NS teacher Aoife Curran said: "Naoise Harris and Eoin Larkin, both aged 10, spoke passionately for the pupils of Kilkerley National School asking the government to hear their voices and take action now for their generation. Their speeches blasted out through lashing rain and hailstone to a cheering and motivating teenage crowd." 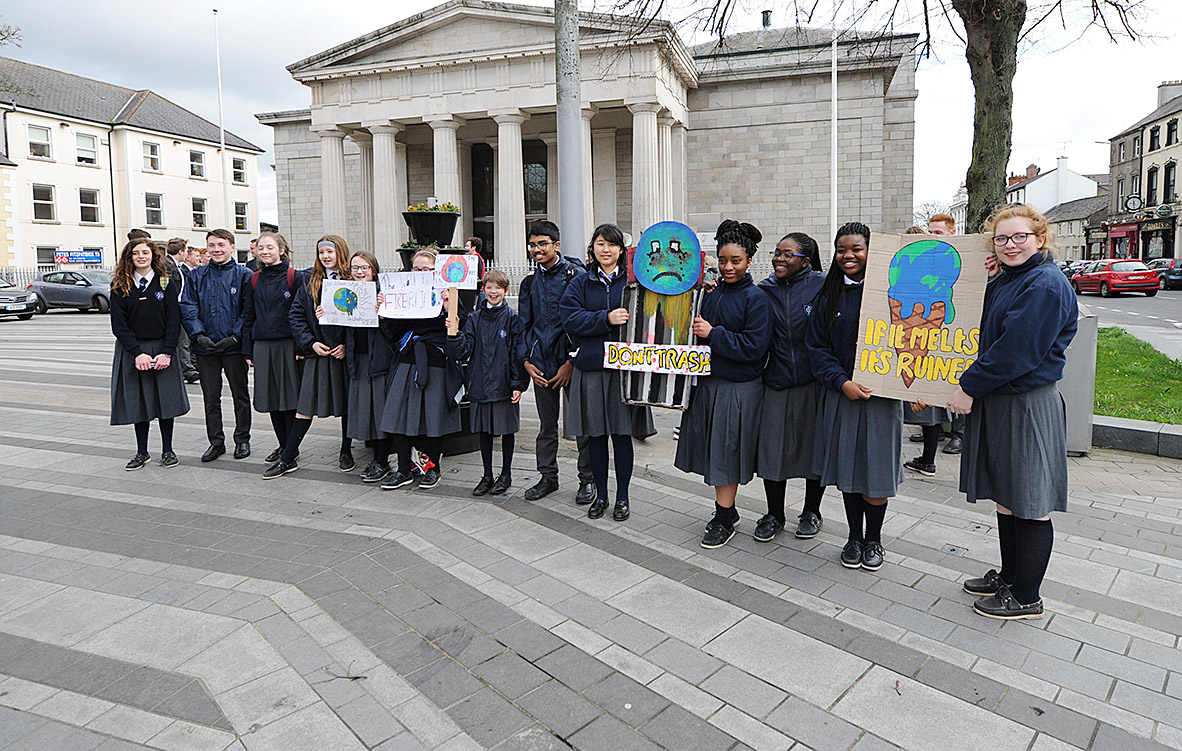 Also attending the event, Sinn Féin Councillor Ruairí Ó Murchú praised the students for their rousing speeches saying: “I am delighted to be present here with the young activists from across Louth.

“Their action of leaving their classrooms to protest on the streets is an example of the seriousness with which they view climate change.

“The reality is that the planet is dying and unless all governments take radical action our children will inherit a ticking time bomb of climate disaster. These young people through their activism are sending a powerful message to An Taoiseach.

“He is not doing enough by paying lip service with meaningless words, he needs to call for rapid and immediate change. The climate hypocrisy of Fine Gael is breath-taking. 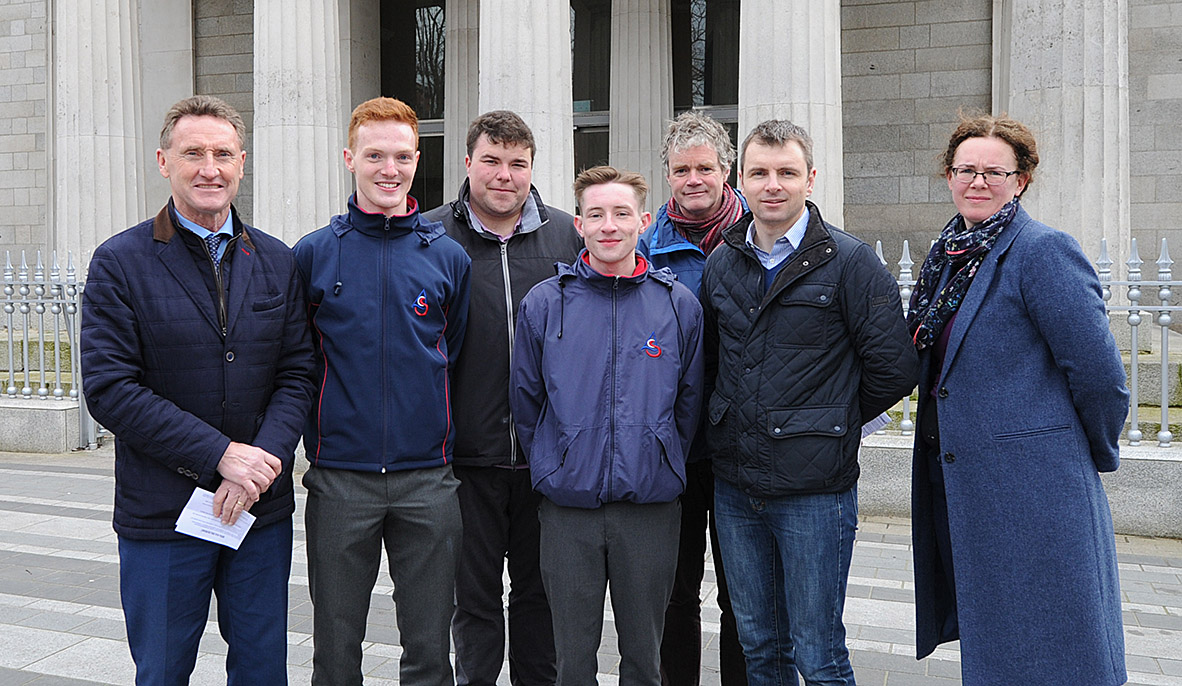 "In the Dail, they refuse to support the Climate Emergency Bill which would keep fossil fuels in the ground; they support building new fossil fuel infrastructure in Ireland; they have not committed to a phase-out date for fossil fuels, and they are playing a negative role in the EU's climate negotiations.

"I'm with the striking youth on this one – they are striking because the government will not listen. I want these young people’s voices to be heard in LCC, they should not be silenced like Swedish climate activist Greta Thunberg."