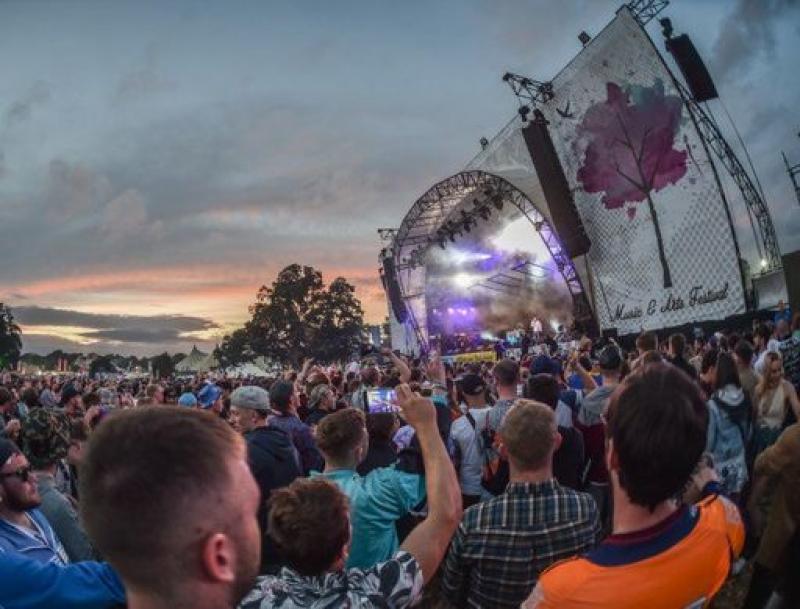 The line up for this year's Electric Picnic has been announced: 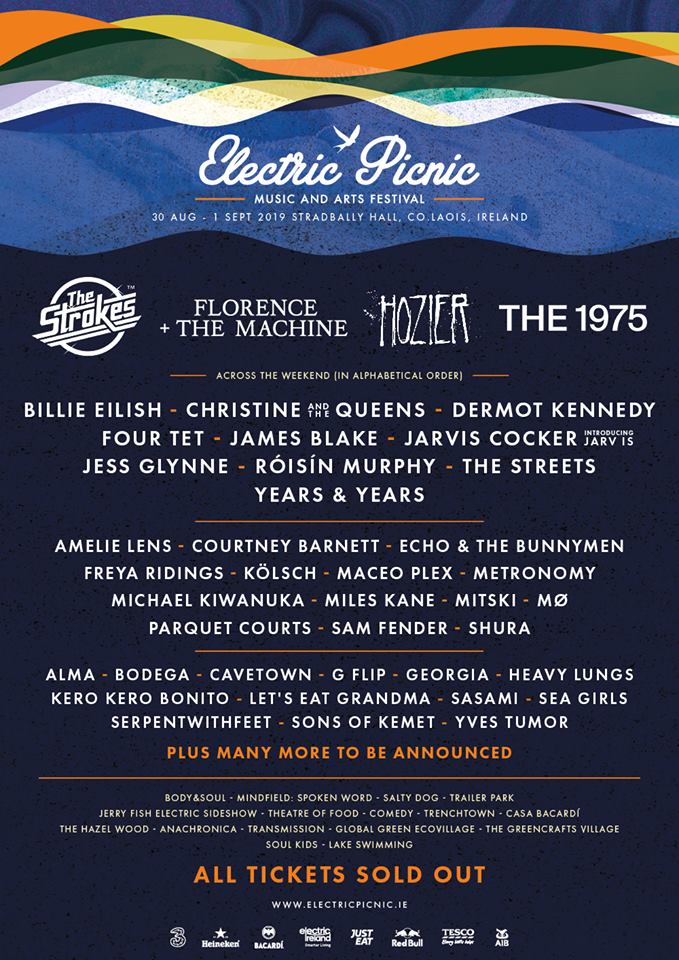 A spokesperson for Electric Picnic, which takes place from August 30 to September 1 in Stradbally, Co Laois said: "Faith is a wonderful thing. Like the faith of a congregation who believe in the words Electric Picnic 2019 without ever knowing who is coming to spread the word of love over them. For those of you with faith and a sold-out ticket tightly clenched to your bosom the Dog Days Are Over.

"It’s time to return to the fields of happiness and pay homage to The Sound.  Spend time with a girl called Billie, and don’t forget to follow the tall man to the Church of Hozier.

"Electric Picnic is coming out to play for you, whatever Strokes your fancy. So Dry Your Eyes mate and see what’s coming to take you away. You may be Tilted towards a little bit of royalty or prefer it when the King’s Dead. Whatever your persuasion there’s a beat for you. We’ve been doing this for Years and Years. We know what you like. So it’s time to Sing It Back to you. And the best bit is that there’s plenty more to come.  And it’s not just the line-up…..

"As Electric Picnic's various artful hubs all around the festival find places in our hearts as firm favourites, this year we are beyond excited to share an exhilarating new world: FREETOWN.

"Construction will shortly get underway to create a whole new town within the festival's mind-blowing creative acreage, located on the pastureland formerly occupied by the Oscar Wilde Campsite. Anchored by Terminus, a brand new 8,000 capacity mega-stage for electronica and dance (presented as an Eastern Bloc architectural colossus), Freetown will rise from the ground for just 4 days of the year. Also within its walls, the labyrinthine streets of Providencia will unveil catch-it-while-you-can Latino life down every alley-way, around every corner, while on its outskirts, Spike Island - a swamphut jumping with seisiúns of slip-jigs, The Oasis, an improvised home-place for the gaggle of idealists and a brand new Cirque on the edge of town where death defying, jaw-dropping acts of edgy spectacle unfold.

"In Freetown, fizzing neon will blink promises at you, and towering billboards may claim truths. Brought to you by the Electric Picnic team that created Berlinhaus , Salty Dog and Trailer Park, we look forward to unveiling something completely thrilling for you.

"We welcome Freetown to our Electric Picnic world, a world full of surprises with its music, culture, imagination, with laughter and magic around each nook and cranny, where you happen up many wonderful areas ……Body and Soul – the creative oasis and pulsating heart of the festival, the whimsical world of The Hazel Wood deep in the forest, the reggae world of Trenchtown and the long-abandoned city of Anachronica, the theatrical and the debauched Jerry Fish Electric Sideshow, the engaging spoken word arena of Mindfield and Theatre of Food serving  homage to all things gastronomic, the irreverent, satirical Comedy Tent and our very special Comedy Night with its all-female line-up on Thursday night for those early arrivés!"