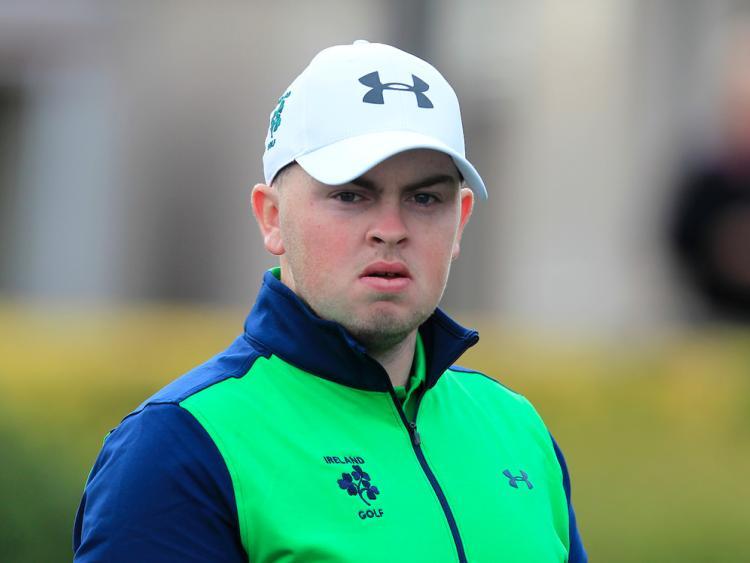 Dundalk Golf Club's Caolan Rafferty gets 2019 off to a flyer

Caolan Rafferty got his 2019 season off to an impressive start by reaching the semi-finals of the South African Amateur Championship.

After finishing tied second in the two round strokeplay qualifying competition Rafferty continued to impressive as he marched through four rounds of matchplay before losing by one hole to South Africa’s Jordan Duminy in the last four.

“I was gutted to lose on the last hole of the semi-final but I am very happy with the way I played all week. There were a lot of birdies and eagles and very few bogeys all week. The game is in good shape so I have more positives to take from the week than the defeat in the semi-final.”

Having spent January focused on his business exams at Maynooth University, where he is a Harrington Scholar, the trip to South Africa as part of the GUI national panel was an opportunity for Rafferty to ease himself into 2019 with the sun on his back.

He opened the week with a steady three under par round of 69 in the first round of qualifying for South African Amateur Championship at King David Mowbray Golf Club. Rafferty reeled off eight successive pars before a hot streak yielded three successive birdies on the ninth, 10th and 11th. He then parred his way in for a bogey-free round and was tied eighth, six shots behind leader Luca Filippi.

The second round saw him birdie seven of the first 14 holes before he dropped his first shot of the week when he bogeyed the par four 15th. He signed for a six under par 66 and finished qualifying tied for second on nine under and one shot behind leading qualifier Filippi.

In the first round of matchplay, Rafferty faced South Africa’s Ayden Senger and took a firm grip of the match early on as won five of the first seven holes to go 5up and closed it out on the 14th for an emphatic 5&4 victory.

Next up was Germany’s Timo Vahlenkamp and once again Rafferty got control early on by winning the first and fourth holes.

That win earned him a place in the last 16 against his Ireland team-mate Conor Purcell from Portmarnock who recently became the first Irishman to win the Australian Amateur Championship.

The match couldn’t have started better for Rafferty who eagled the par four first hole and then won the second with a par to go two up. However, Purcell, who went into the tournament as the highest ranked Irishman on the World Rankings, came charging back and birdied the third, sixth and ninth to take a one hole lead which he held until the 13th when Rafferty birdied to go back to all square.

The Dundalk man then eagled the par five 14th to go one up before proceeding to ruthlessly dispatch Purcell by birdieing the next two holes for a superb 3&2 win.

England’s David Langley provided Rafferty’s opposition in the quarter-finals and he struck the first blow when he birdied the third to open up a one hole lead.

Rafferty’s response was swift and devastating as he won the next four holes with two birdies, an eagle and a par to go three up after seven. Langley got a hole back by winning the ninth but Rafferty won the 10th and although he lost the 12th he won the 13th to remain 3up and then halved the next three holes to win 3&2,.

That left Rafferty in the last four and the only non-South African player still standing. His 16-year-old opponent was one of the home nation’s up and coming stars, Jordan Duminy, a product of the Louis Oosthuizen Academy.

Their match was a tight affair with never more than one hole between them. Rafferty lost the second to a par but won the next in par. The pair then halved the next nine holes before Rafferty birdied the par five 14th to go one up with four to play.

However, Duminy brought the match back to all square at the next hole with a birdie three and, after halving the next two holes in par, the pair stood on the 18th hole all square and facing the prospect of extra holes.

However, the 18th proved to be the decisive hole. Rafferty airmailed the green with his approach shot from 160 yards and ended up against a tree at the back of the green. Duminy made an easy par and Rafferty’s putt to force the match down the 19th burned the edge of the hole.

“I just got really unlucky on 18 with my second shot. I got a flyer from 160 yards and went 30 yards over the back and ended up against a tree. I had to alter my swing to hit it and then tried to chip in but it ran by. He was always making four and although my par putt burned the edge it didn’t drop.

“I would have taken hand and arm off you if you had offered me the week I’ve just had before coming out. I have competed against a field of top class players and reached the semi-final.”

Rafferty’s stats for the week were pretty impressive, He completed 116 holes and recorded three eagles, 36 birdies, 70 pars and seven bogies and only failed to complete one hole all week.

“My scoring was really good. If it had been a strokeplay event I would have been around 35 under for the week so I am really looking forward to next week and hopefully continuing my form. However, you never know what is going to happen in golf. It’s a funny old game and next week could be a complete disaster.”

Next week’s tournament is the South African Amateur Strokeplay at De Zalze Golf Club where Rafferty will be hoping to continue his climb up the World Rankings and cement his place in the World’s top 50 as well as continuing to press his claims for a place on the Britain and Ireland team for the Walker Cup in September at Hoylake.