The line-up of great family fun and entertainment for St Patrick’s Day in Dundalk has been announced by the organising committee.

Cllr. Conor Keelan, chairperson of the newly-formed group, said he was delighted with what has been planned as it caters for all tastes and ages and includes some exciting surprises.

Musical and dance acts, which showcase some of the huge range of talent Dundalk has to offer, will be on stage at the Courthouse Square and at Earl Street and include Long Time Coming, Crystal Ice, McGee School of Dance, Faoi Gheasa, Orwells 84, Cuchulainn Celtic Strings, Cobra Kan and Dundalk Brass Band. 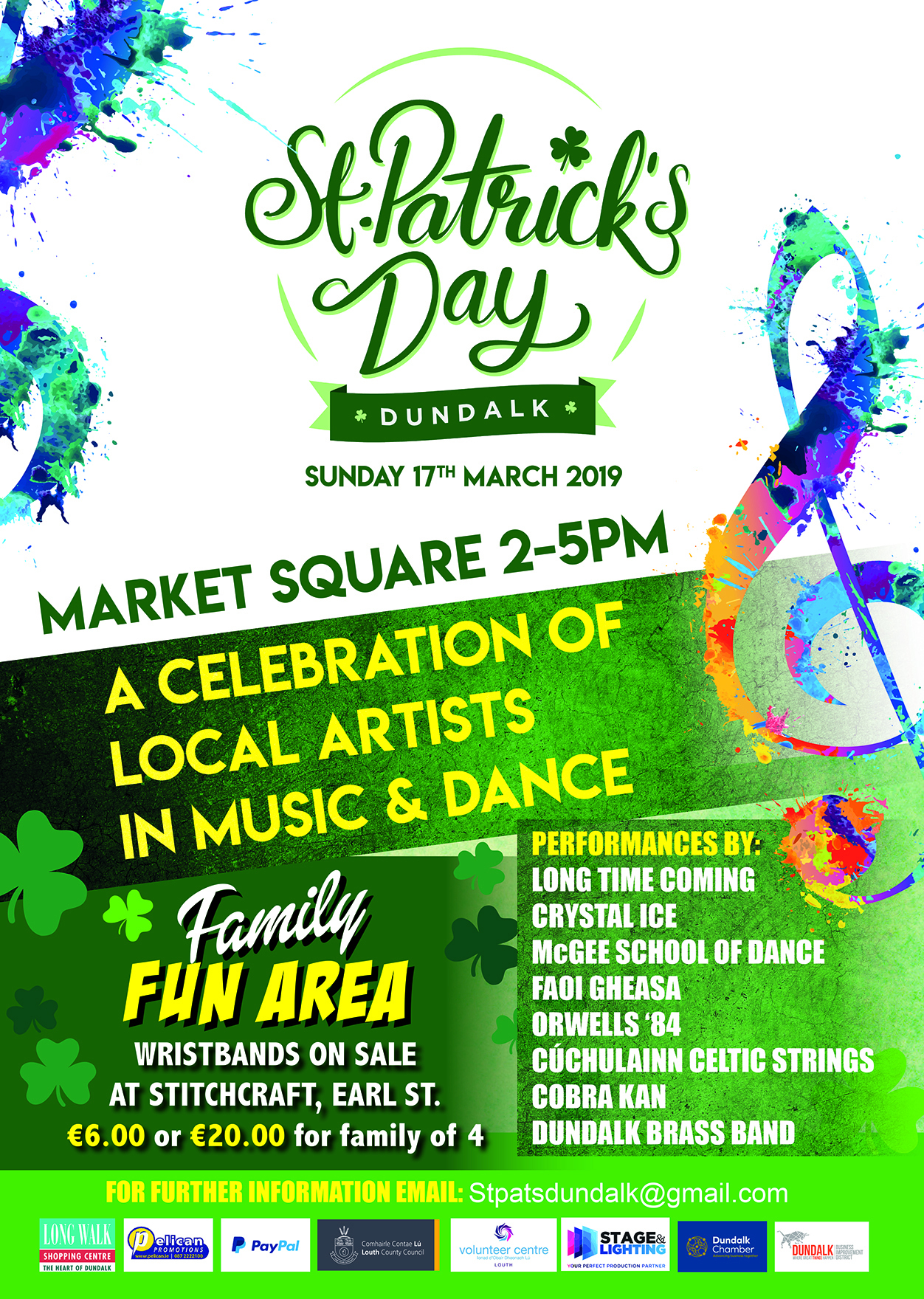 Cllr. Keelan, who is on the committee with fellow Dundalk councillors Maeve Yore, Ruairí Ó Murchú and Anne Campbell, said the committee was pleased with the buy-in to the event from local groups.

He said: ‘Groups came forward when they found out what we were planning and were keen to take part. I think people appreciate that while there is no parade this year, because there wasn’t time to organise one properly, there will still be an open-air, town centre event for Dundalk in 2019 which will allow families to come into the town centre and enjoy themselves’.

In addition to the great line-up, a family fun zone, run by Pelican, will be set up at the Market Square, with plenty to keep children entertained. Access to the area is by wristbands, which can be purchased in advance at Stitchcraft, Earl Street. The cost is €6 or €20 for four.

For more information and competitions, follow the event on Facebook at St Patrick’s Day Dundalk or email: stpatsdundalk@gmail.com.