Remembering the days when coal was king in Dundalk 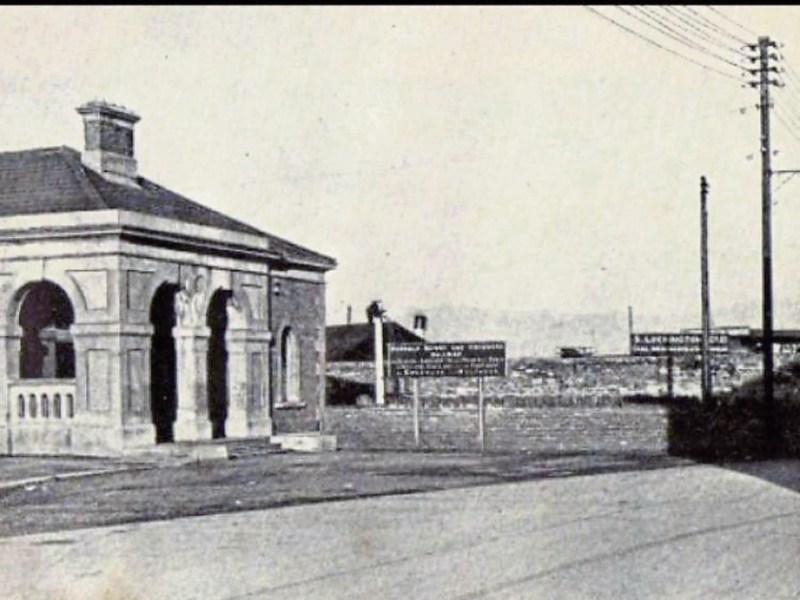 Older Dundalk people may remember a time when the importation of coal was one of the most important aspects of Dundalk life! Like Bill Shankly's (legendary manager of Liverpool FC) famous remark about somebody saying to him that to him 'football was a matter of life or death' to which he replied 'It's more important than that!'

It may be difficult now for younger people to understand this philosophy, at a time when coal is being portrayed as a sort of 'evil' that it the main cause of Global Warming and many health problems as well. Coal, however, was at one time the mainstay of the local economy, as well as providing heating in local homes for centuries.

Dundalk people came to realise that fact when, suddenly, the supply was cut off by the Second World War Emergency!

As well as the employment the trade gave at the Port, coal was the life-blood of that other great Dundalk source of employment for over one hundred years, the Railway Locomotive Works at Ardee Road, and, indeed, the running of the entire railway network.

Charlie McCarthy, of Coast Guards Houses, tells me that, at one time, small boats used be beached on Blackrock Strand with relatively small loads for coal from Welsh, English and Scottish ports across the Irish Sea and that traders would go out at low tide to purchase the cargo from them.

That is, possibly, is how Blackrock got name, in Irish 'na cairraige dubh' , the 'Black Rocks'. To this very day you can still see small pieces of coal on the foreshore which are relic of those far off days.

The fact that some of the older rocks along the seafront are dark looking in colour would only have reinforced that impression.

So, you can see that older Dundalk people were not wrong when they referred to the place as the 'Rocks'.

The coal trade in the Port, however, did not really get going until after the Navvy Bank was constructed in the middle of the eighteenth century when the railways arrived in Dundalk and fortunes were made, and lost, on bringing the 'black stuff' to the Quays.

I cannot remember the time before 1940 when the importation of coal must have been at its height but I do recall when, after the Wartime restrictions were lifted, the colliers used to queue up in Dundalk Bay to await their turn to steam into the berths at the Quays. Charlie McCarthy, who worked for many years as a boatman conveying Harbour Pilots out to those vessels, tells that there was only room for about six vessels to discharge their cargoes at the Quays at any one time, so others had to await their turn to come into an available berth, moored to berthing buoys in the Bay.

There were many anecdotes about the coal trade but one of my favourites was one related to me by that great Dublin Street stalwart Joe Martin of football fame. Joe says that during the Emergency an article appeared in the Dundalk Democrat, stating that a new type of coal was being imported at the Quay -- White Coal. Back in the day, there were many varieties of coal arriving at the Quays, such as Pembroke Coal and Scottish Coal and the type that caused some controversy after the War, Polish Coal; but never had White Coal been seen. According to Joe, the explanation was simple, and amusing! It seems that coal stocks at the Quay had been whitewashed to prevent it being stolen and it was not really a new variety of the fuel.

Victor Whitemarsh in the 'Dundalk in the Emergency' provides support for Joe's story where he writes, about the Emergency Turf Dump at the Fair Green --- 'Coal was also stored in the Military Barracks and regularly white-washed for easy detection and the prevention of pilfering'.