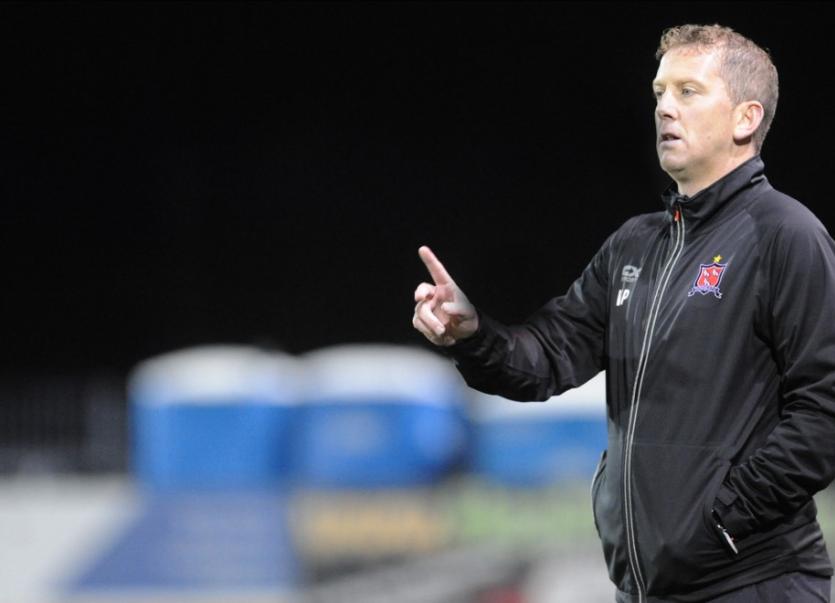 Vinny Perth insists Dundalk’s full focus is on this week’s training camp in Spain as he moved to quell ‘headline-chasing’ whispers linking David McMillan and Andy Boyle with returns to the club.

Perth would not be drawn on speculation surrounding the pair, with striker McMillan transfer-listed by Saint Johnstone on Friday evening, while centre-half Boyle recently departed fellow Scottish Premiership side Dundee following a loan spell. He remains under contract at Preston North End (he completed a season-long loan to Ross County on Tuesday morning).

Dundalk are already strong in both areas, with Georgie Kelly’s first-half hat-trick in the Malone Cup suggesting he is preparing to seriously challenge Patrick Hoban up top. At the heart of the defence, they have competition between Brian Gartland, Stephen Folan, Seán Hoare and Daniel Cleary. That said, given Boyle’s level of performance in his first spell with the club it would be hard to resist his signature were it available.

But after easing past Drogheda United in their first pre-season friendly, Perth stated: “There is no news on anything at the moment. We head away on Monday so we won’t be signing anybody over the next week. We will get linked to loads of players.

“If people want to chase that headline, let them off with it. We’re comfortable with where we are. We have a great squad as it stands. If good players become available, if they’re Irish and related to Dundalk, of course we will talk to them. But beyond that there is nothing else to say.

“It has been a long three weeks on the training ground but now we can concentrate on the football side of things – we’re happy enough with where we are.”

Pleased
Perth has been particularly pleased with Kelly, who he says has “become a man” in the time since his move from UCD last summer.

The head coach said: “I’m really happy for Georgie because I said to him before the game, he has won two leagues, he has become a man over the off-season. He came back in really physical, good condition. I think he has learned from the experience of being around the place last year. He is really stepping up to the plate.”

Still, Perth says there is room for improvement despite the impressive opening-night display, reflecting: “We were really happy with how it went on Friday. The fitness levels have been really good – the players have come back in great condition. There are certain bits of the style of play that could have been better, but that’s life.

“We are really, really happy with where we have got to. We haven’t worked on anything in terms of our set-up, so from that point of view there is a bit of work to do. But our attacking play at times was outstanding.

“Things are going really well. There has been a great sense of excitement around the club.

“The players have really bought into everything that we’re doing and so have the Board – the Board have really backed us as a club. I think it is in a better position than it has ever been. It’s up to us now to make it happen.”