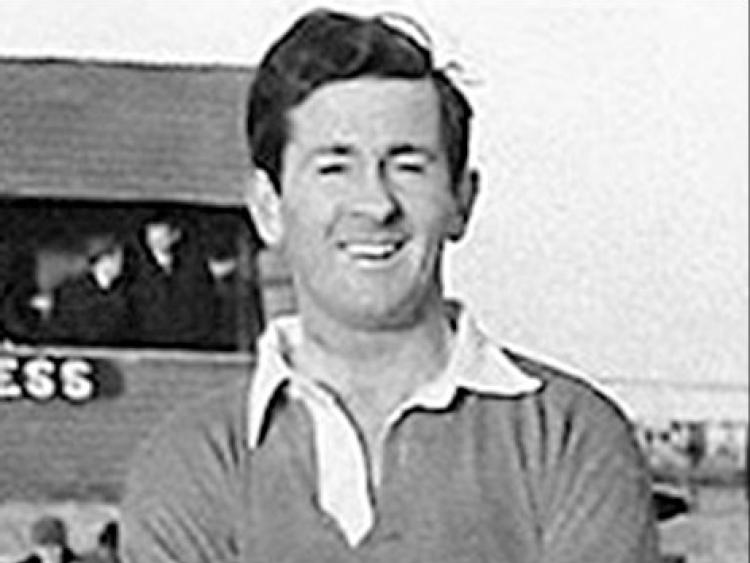 Liam Leech, who died last week in the Lourdes Hospital following a lengthy illness, shares in a record that perfectly illustrates the dominance his club, Newtown Blues, exercised in Louth football for well over a decade.

Between 1961 and ’74, the Drogheda team won the senior championship on nine occasions. Liam Leech, along with Jimmy Mulroy, Matt Murphy and Jim ‘Blackie’ Judge, shared in every one of those successes and in many other competition-wins as well, the likes of the Cardinal O’Donnell Cup and Old Gaels Cup also making their way many times to the Newfoundwell part of the Boyneside town in that golden era.

Had the Leinster Club Championship been in vogue in the 1960s, Blues might also added a provincial win; but as it was, they had to be satisfied with a runner-up spot, achieved when they failed narrowly to Offaly side, Gracefield, in the the 1971 final, the first to be played.

While their Joe Ward Cup win of 1961, the club’s first in 25 years, is seen as the beginning of a glorious run, it was further back that the seeds were sewn. Three successive minor championship wins in the previous decade were followed in ’58 with a junior championship win, Blues beating St Bride’s in the decider. Liam Leech - along with Matt Murphy and ‘Blackie’ Judge – played that day, wearing the No 10 shirt.

The Number 12 would become more familiar to him as his career progressed, his slick sidestep, accurate passing and above all his marksmanship making him one of the county’s best-ever forwards. He hadn’t got the sturdiest of frames, but that didn’t make it any easier for those who had, defenders tasked with marking him quickly establishing that brawn wasn’t the most adequate substitute for brain.

Blues’ bid to become the first to achieve the five-in-a-row brought them up against neighbours, O’Rahilly’s, in the 1965 final, and here we had a final that pitted brother against brother, or, to be more accurate, brothers against brothers.

Liam Leech had his brother Padge as a team-mate, while O’Rahilly’s fielded two other siblings, Mickey and Joey. O’Rahilly’s planned well, giving their star player, Mick ‘Muckle’ McKeown, an entirely new role, that of centre-half-back. It was a move that paid rich dividends, the outsiders leaving no doubt as to their superiority, winning by 1-9 to 0-5.

Blues were back to winnings ways after that, winning four of the next five titles, and when it seemed a great era had come to an end, they hit back again, making it nine from fourteen in 1974, the famous four - each of them now in their thirties, - playing a part.

Liam Leech, whose father, Joe, showed his four sons the way by winning senior championship medals in the 1920s, was a regular on the county team. He won recognition from the Leinster Railway Cup team selectors, and, in the early 1970s, was part of the county management team, headed by his long-time colleague and friend, Jimmy Mulroy.

The esteem with which Liam was held by the GAA fraternity was forcibly demonstrated by the many who visited Townleys Funeral Home and Requiem Mass in Our Lady of Lourdes Church on Sunday. Burial took place in St Peter’s Cemetery.