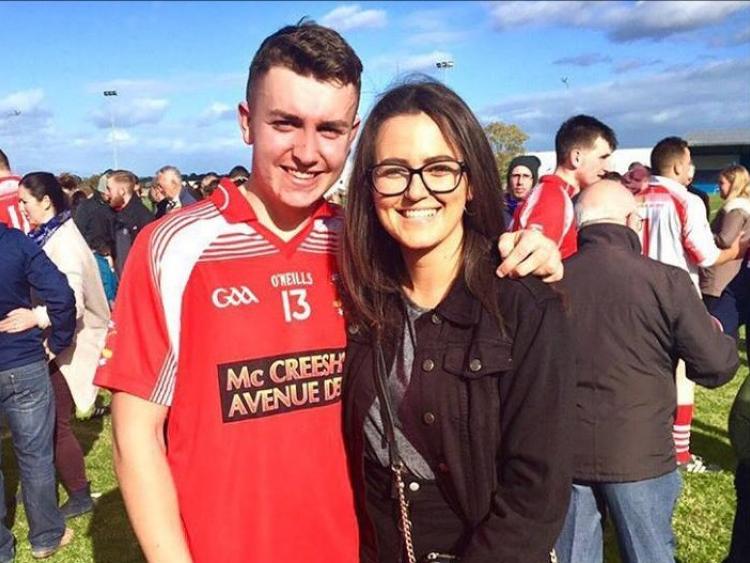 Sean Marry making his mark with Dundalk IT

Ah, college days. That blissful period of one's life which has none of the far away responsibilities of adulthood and all of  the joys of  'head in the clouds' wandering.

It's about 'finding yourself', while avoiding anything that could possibly dilute that sense of willful freedom.

Knockbridge man Sean Marry is more than happy to knock that particular notion on the head.  In fact, he seems to actually savour the prospect of added responsibility - both on and off the pitch.

Although still only a young man, he's heading into his fifth year of playing senior club football. And just to add another spinning plate, he's been slogging hard this winter with the Dundalk IT Trench Cup side ahead of their clash with Waterford IT today (Tuesday, 4pm, DkIT).

"To be honest, I love balancing GAA, college and work", the St Brides corner forward enthuses. "Without the football I wouldn’t know what to be at with myself, and football in the college is at a seriously high standard and there’s nothing better than playing at the highest level possible against the best opposition."

Marry's vitality and passion for life, in all its ways, is refreshing - the joys of youth, eh?

This year, he's in year two of a Business Studies course at the Dublin Road institute. Last year, as a freshman, he was also part of the DkIT side that played in the Sigerson Cup. It was an impressive first year for DkIT back at the top table of college GAA, all things considered. After seeing off Trinity College in the first round, they ran heavyweights DCU close in the second round, with Marry springing from the bench in that clash. The local side went down valiantly by a single goal - 1-7 to 0-7 in the end.

Despite that effort though, Trench Cup action is their grade this year. A disappointment after 2018's exploits no doubt. But Marry is enjoying the build-up this year just as much - if not more so.

"I was involved last year with the senior DKIT team, after I'd spent a year in DCU where I won the Freshers All Ireland", he explains. "I would have known Shane Lennon from being involved with Louth teams from about the age of 13 and Shane is Oisin McConville's right hand man in charge.

Lennon and McConville are Big Names in the GAA locally and nationally, and  while Marry is taking as much as possible from them, he sees a talented squad assembled at DkIT this year.

"There’s not much to be coached, just tactics and getting boys to gel together is the most important thing in college football", he reveals. "It’s easy when you’re listening to the likes of Oisin and Shane who have the experience behind them."

He continues: "Nearly every man who touches the ball stands out, but of course we have boys like Rian (O'Neill) from Armagh and then the likes of Sam (Mulroy, Naomh Mairtin) and Cathal Finnegan (Meath minor) inside who can do the damage. It’s probably the best squad I’ve been involved in with DKIT."

As far as those within the GAA world that he looks up to, you don't have to travel too far to get the name of Marry's idol.

"Aaron Hoey, who's a club mate of mine, is someone who I’ve looked up since I was young as he’s played with Louth and always stood up to the mark for the Brides without fail."

Speaking of Louth, no doubt it's something he would jump at the chance of being a part of? He nods quickly.

"I want to push myself on towards earning a place in the county set up, I’ve represented Louth at underage and there’s no better feeling than playing with your county."

There's that sentiment again - "push myself". Sean Marry will never be found wanting when it comes to effort - that much is a sure thing.