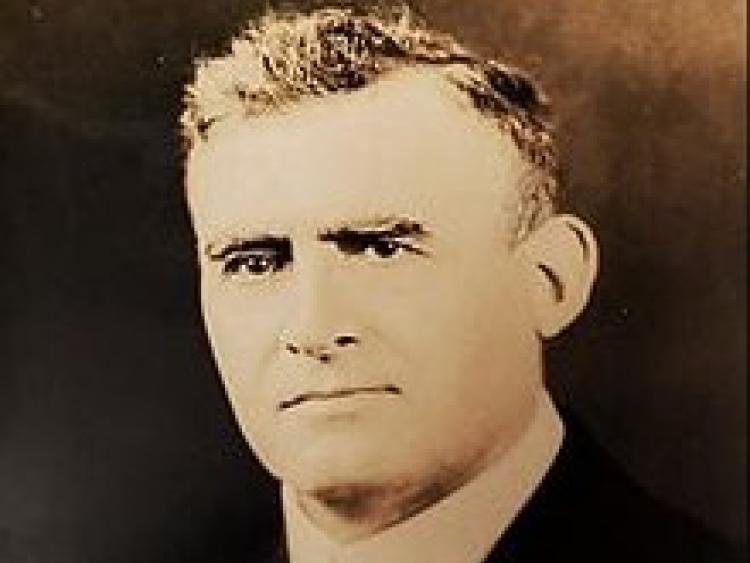 Louth's representative at the First Dáil 100 years ago united a very divided county, but in ways people may not realise.

JJ O'Kelly was Louth's First TD and went on to represent Louth in the early 1920s. The North Louth members of Cumann na mBan played a key role in Mr. O'Kelly's victory. In fact Mr. O'Kelly couldn't even come to Louth to campaign during the election as he was confined in England since February 1917. His first visit to Louth was in January 1919 days before the sitting of the First Dáil.

JJ O'Kelly was a Kerryman and was known by his nickname Skellig. In 1918 he lived in Clontarf in Dublin. He was selected to run in the December 1918 General Election. It may surprise people now to realise that at the time Drogheda town had stronger republican leanings than Dundalk.

The contest was a straight race between Mr. O'Kelly of Sinn Féin and Richard Hazelton an outgoing MP for North Galway who was running for the Irish Parliamentary Party.

The outcome of the election was very hard to predict owing to North Louth and South Louth being united in a single constituency for the first time since the 1880s. It was also the first election in which women were allowed to vote.

In a contentious atmosphere up to polling day, Fr Michael O'Flanagan in Drogheda addressed a Sinn Féin rally of 1200 people in Drogheda and meanwhile in Dundalk republican volunteers paraded and carried out drills with hurleys near the Town Hall outside a Hazelton meeting in order to test the tolerance of  the police to republican activities.

In order to maximise republican sympathies, campaigners for Mr. O'Kelly emphasised the distress of his wife and five children while he was imprisoned in England.

Meanwhile the Dundalk Examiner paper reported of altercations between some women supporters of both candidates in Seatown in Dundalk.

Mr. Hazelton had some prominent and influential backers including the Ancient Order of Hibernians, Annagassan Fishermen, Dunleer farmers and labour union, Dundalk printers as well as known figures such as Sir Henry Bellingham and Sir Vere Foster. Mr. O'Kelly on the other had local nominators but clearly national events influenced floating voters.

Across the island, Sinn Féin won 73 of the 105 Irish seats in that election and as a result, the First Dáil was summoned for the Irish elected MPs in January 1919 who refused to take their seats in Westminster.

A victory rally was held in Dundalk Town Hall on 15th January 1919 and welcomed Mr. O'Kelly home from England, where he had been held since February 1917. While on 20th January 1919, the eve of the First Dáil, Cumann na mBan held a céilí for sixty local members. The role of Cumann na mBan was widely acknowledged in the local media.

Mr. O'Kelly went on to represent Louth in the Mansion House on January 21, 1919 and in fact was in the minority of Sinn Féin TDs who were present on the day given the majority were still being held in prison and elsewhere. Mr. O'Kelly served as Leas Ceann-Comhairle (Vice chairman) of the First Dáil from 1919 to 1921.

Meanwhile during the War of Independence there were local elections held in 1920 which saw the rise of Sinn Féin and the decline of the Irish Parliamentary Party.

While Sinn Féin did better across the county that year, on Dundalk Urban District council the IPP did outnumber Sinn Féin by eight to six out of a total of 21 seats, while on Drogheda Corporation, Sinn Féin won a majority of the seats available, 12 of 24 to just four for the IPP in Drogheda.

This was seen as significant for Sinn Féin given Dundalk and Drogheda were the two largest towns in the country, as they are today.

Mr. O'Kelly went on to represent the wider Louth-Meath constituency into the early 1920s and strongly opposed the Treaty. Speaking during the treaty debates.

He was the only anti treaty TD elected in the area in June 1922 and was quoted during the Treaty debate as saying "I am opposed to a declaration of fidelity to an alien King because it is an outrage on the memory of our martyred comrades" The four other TDs for Louth-Meath including Peter Hughes from Dundalk and James Murphy from Drogheda supported the treaty.

Following the end of the Civil War, there was a general election in August 1923. Louth and Meath were divided and Louth became a single constituency again. Household names like Frank Aiken, Peter Hughes, James Murphy and James Coburn were elected thereafter in the 1920s.

Mr. O'Kelly, Louth's First TD, did not win a seat in the new Meath constituency in August 1923 and was not elected to the Dáil thereafter. Following Eamon DeValera's decision to enter the Dáil in 1926, Mr. O'Kelly replaced Mr. DeValera as President of Sinn Féin until 1931.

He continued his anti treaty and abstentionist stance and opposed the 1937 constitution also. Mr. O'Kelly had a varying history as an author, he died in 1957 and is buried in Glasnevin Cemetery.