Olive Kelly was a bright and easy-going woman 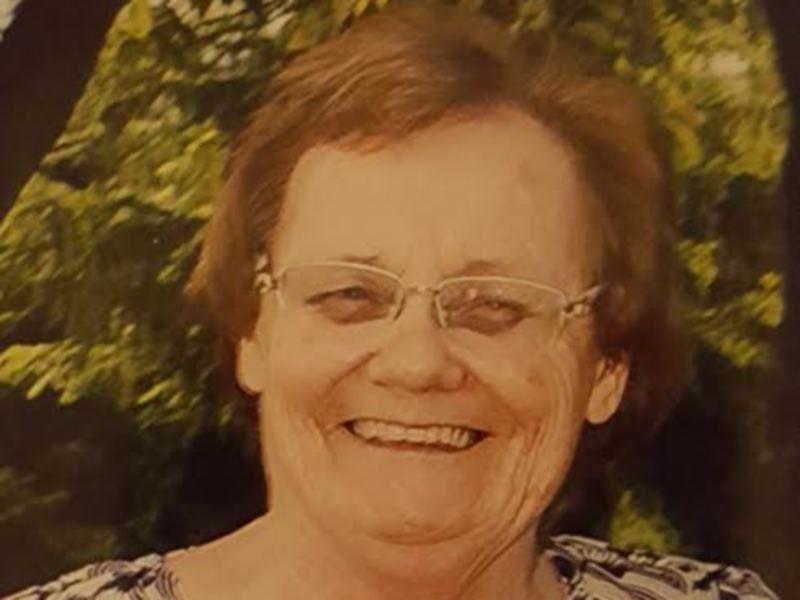 The death occurred peacefully of Olive Kelly, Drive 2, Muirhevnamor, on Monday, December 3 at Our Lady of Lourdes Hospital.

to whom she devoted her latter years.

children of the late Joe and Anna Cunningham. She attended the nearby Friary

She worked in PJ Carroll cigarette and tobacco factory in town, and met up with

future husband Gerry Kelly from Kilkerley. The couple emigrated to England after they married. They spent a short time in Manchester before moving to Rushden, Northhampton to where her sister Marie had moved.

were born there. She worked in the local shoe industry during that period. Within the space of 18 months, Olive tragically lost Owen and Gerry at the age of 23 and 51, respectively.

She returned to her native town, living for a couple of years in the family home in

Parnell Park before obtaining a house in Drive 2 Muirhevnamor. She lived the last 31 years of her life there.

She was just two doors away from her close and beloved sister Marie.

She returned to work for a spell on her return to Dundalk, being employed in the Heinz food factory on the Inner Relief Road. She had an easy- going manner and loved her simple way of life.

A woman of faith, she made pilgrimages to Knock and Fatima. She enjoyed knitting and music, especially country and western, and also watching

television and leisurely car spins on a Sunday. She possessed a bright intellect, especially for figures, and an ability to pick up on modern technology, evident in her mastery of Facebook.

It enabled her to keep regular contact with her grandchildren, most of whom are in England. She travelled back and forth to see them.

She endured much sadness, having been predeceased by her grandson, Steven, parents, brother, Joe and sisters, Susan and Ann, as well as her husband and son. She is sadly missed by daughter, Madeline, Mullingar, sister, Marie Wilson, brothers, Barney and Gerard, grandchildren, great-grandchildren, Ted McGee and Owen, Madeline's partner Sean, nephews, nieces, cousins, extended family, relatives, wonderful neighbours and friends.

After reposing at Shevlin's Funeral Home, Barrack Street on the Wednesday, she was removed to the Church of The Holy Family Muirhevnamor the next day.

Readings were given by niece, Anne Marie Rooney and nephew, Cormac McGee.

Gifts symbolising her life and the Offertory gifts were taken to the altar by grandson, Owen and granddaughter, Helen.

The beautiful music was provided by organist, Olivia Finnegan and singer, Roisin Crawley.

Olive was interred afterwards in Saint Patrick's cemetery Dowdallshill. May She Rest In Peace.