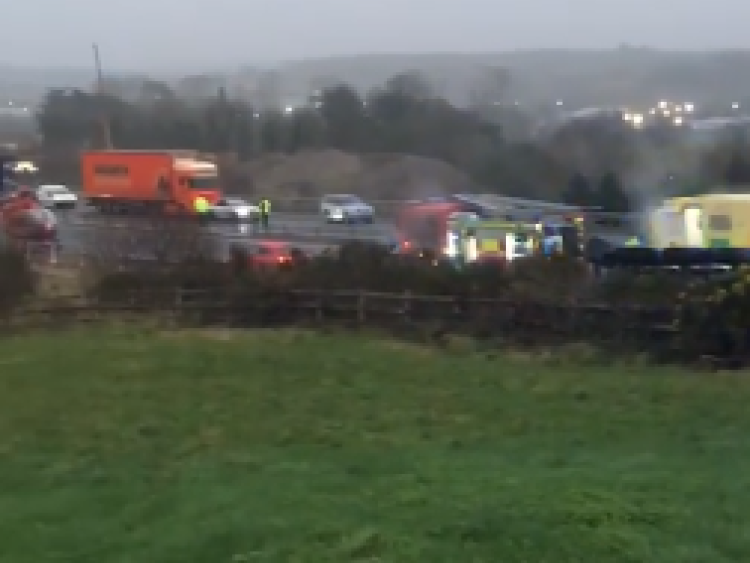 The A1/M1 motorway at Newry has been closed this evening following what is being described as a serious accident.

Two people have been rushed to hospital following the two vehicle collision. The motorway remains closed as of 11pm.

Local SDLP councillor Gillian Fitzpatrick told the Belfast Telegraph that "she understood a car had hit a crash barrier and that some form of tanker was lying on its side."

A video on social media from the scene shows what looks to be an emergency helicopter landed at the scene, along with several ambulances and fire tenders.

Diversion routes are in place, but long delays are being reported.

Drivers are advised to avoid the area if possible.