Dundalk woman Brid McBride was a leading figure in theatre 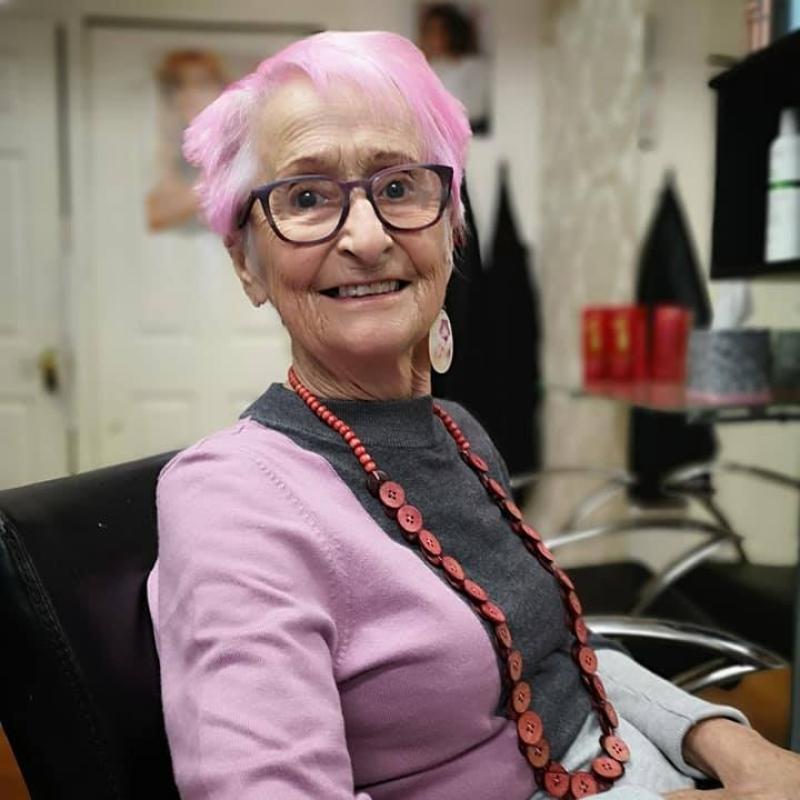 Brid McBride (nee Kelly) of Lurgankeel, Kilcurry who died on December 10 last was a leading figure in the world of theatre and a former President of the Dundalk Maytime Festival and best known perhaps for her work for the Dundalk Amateur Drama International that formed the centerpiece of the festival .

A journalist, arts critic, broadcaster and writer, Brid was universally admired within international theatre circles and last year was presented with the Mort Clark International Theatre Achievement Award that recognizes significant achievement in the promotion of excellence in international community theatre.

She spent almost all of her discretionary time lending her considerable talents to drama festivals at home and abroad.

The Maytime Festival was regarded as one of the premiere international theatre events in the world, and Brid’s determination and tireless support was critical to its success.

As its President she welcomed visitors from all corners of the globe including Japan, South Korea, China, America, Canada, England, Scotland, Wales, Iceland, and Germany. In 2006 she was presented with a Bord Failte Welcome Award for her work in welcoming visitors to Dundalk and County Louth.

A strong believer in encouraging youth in theatre, she was one of the professional theatre leaders and adjudicator for the World Festival of Children’s Theatre in Toyama, Japan (2000), and for the AACT Children’s’ Theatre Festival held in Mississippi (1997).

She arguably came to most prominence with AACT for her charming and insightful adjudication turn at the 1997 National Festival in Grand Rapids, Michigan.

She had already been a presence at the 1996 SECT Festival in Louisville, Kentucky.

She would go on to adjudicate the Eastern States AACT Festival in Delaware in 2000.

She was always on the go, but never more so than in 2000 when involved in the New Brunswick, Canada Provincial Theatre Festival, and as a judge at the prestigious All Ireland ACT Festival in Kerry, Ireland.

Brid began a long and fruitful association with the overseas US Army Europe (USAREUR) Entertainment participation program, when she first adjudicated the annual One Act Play (AACT Region Ten) Festival in Heidelberg Germany. Her extensive knowledge and winning style immediately made her one of the participants’ favourite adjudicators and teachers.

All of these locations not only involved US service personnel and their families, but also US civilians and local “foreign” nationals. The impact she had fostering not only good theatre practices but also good international relations, cannot be overstated.

After her successful “debut” in 1999, Brid returned to Army Europe often, as adjudicator, workshop leader, teacher, lecturer, and sometimes, just observer. Her keen interest in the international scope of the program never waned, and her welcome presence was felt at annual Army Europe theatre events in 2001, 2003, 2004, 2005, 2006, 2007, 2008, and 2012. She also acted as a Festival Assistant, overseeing all administrative elements, for the 2015 Army Europe “Page Play” Showcase and Theatre Skills Workshops.

As a popular broadcaster, Brid presented, researched and produced documentaries for RTE and the BBC. She did critiques of plays, films, books, and art exhibitions for national radio; contributed original written pieces for the radio, and was a published author.

Among her memorable achievements, Brid McBride produced a radio feature extolling the virtues of the US Army’s Entertainment program, its morale enhancement value, and its exceptional ability to integrate host nation participants and further good foreign relations.

Brid passed away peacefully in the kind and gentle care of the staff at Our Lady of Lourdes Hospital, Drogheda. She was predeceased by her son Cormac.