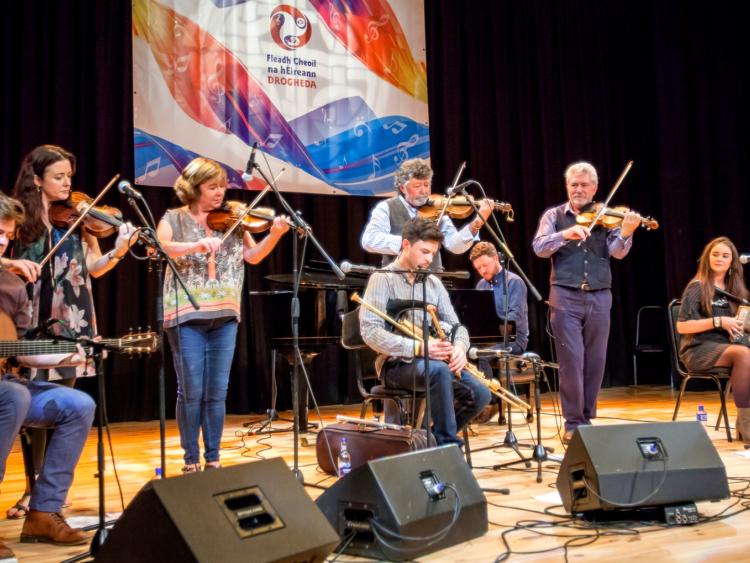 Gerry O’Connor and his musical family from Dundalk are organising a special Christmas Homecoming in aid of CRY (Cardiac Risk in the Young) Ireland, the charity that supports families who have lost a child to Sudden Cardiac Death or Sudden Adult Death Syndrome.

The gig is planned for Friday December 28th at An Táin Theatre at 8.00pm.

The O’Connor’s, who played a lead role in the 2018 All Ireland Fleadh Cheoil in Drogheda, have offered their help to the Charity’s efforts to raise €585,000 for their new All Island Cardiac Risk in the Young Centre, due to open in 2019.

Bardic Award winner Gerry is joined by family members celebrating the fiddle music learned from his mother, Rose, and the songs created and sung by the late Eithne Ní Uallacháin, mother of Dónal, Siúbhan, Féilimí and Finnian.

Eilish O'Connor, Peter O'Connor Gráinne Smith and Síle O'Connor complete the line-up to play this O'Connor Family Homecoming Christmas Concerts. Don’t be surprised to see some very special guests jump up on stage to join in the festive fun! This is one not to be missed.

Gerry explained his family’s support for CRY (Ireland), “I have known Tommy Fegan, Chairman of CRY (Ireland) since the 70’s, meeting first at sessions in the famous Dundalk's Mark's Bar and we have worked together in the Thomas D'Arcy Magee Foundation. I was shocked and saddened at the sudden death of his son, Kevin, in 2010. Tommy asked me to play Úr Chnoic Céin Mhic Cáinte at Kevin’s funeral. So, when he initiated a campaign to raise awareness and funds for CRY, my family readily agreed to dedicate the traditional Homecoming Christmas concert to this great charity.”

The Homecoming concerts affords the opportunity to returning exiles from Louth, Monaghan, Down and Armagh and other border communities to meet up with old friends in a musical, convivial setting between Christmas and the New Year

CRY are always conscious that many families have an empty chair of a deceased relative at Christmas, so this year we dedicate the concert and session to those families where a young person has died suddenly through Sudden Arrhythmic Death Syndrome (SADS)”.