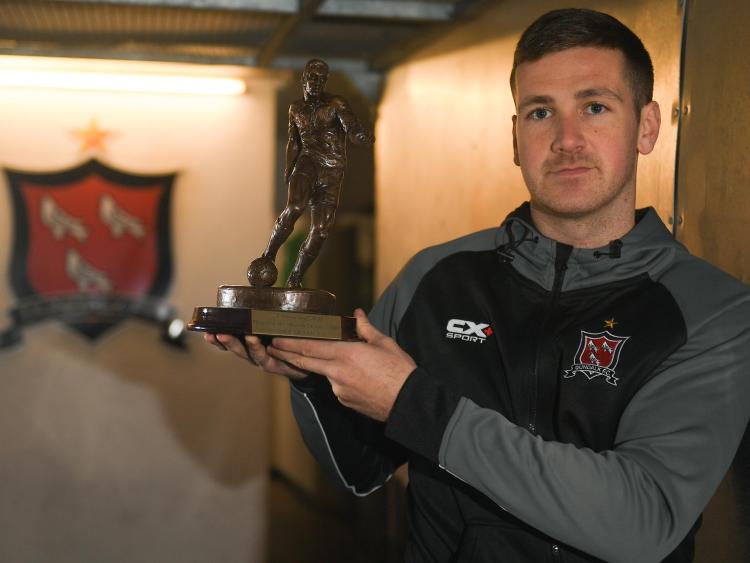 The SSE Airtricity League/Soccer Writers’ Association of Ireland Player of the Month for October/November has gone to Dundalk’s Patrick McEleney.

Having arrived back at the Lilywhites for a second spell in July following a disappointing stint at Oldham Athletic, the talented Derry native rediscovered his top form to end the season on a high.

McEleney proved the hero in the FAI Cup final at the Aviva Stadium -- scoring the decisive goal against rivals Cork City to secure the double for Stephen Kenny’s side.

“It was brilliant,” the 26-year-old said. “The thing you’re dreaming about before the final is scoring the winner and just trying to contribute as much as you can to the team. So it was a magic end to the season.

“It’s always nice to get wee awards and to get recognised, although I think it was more to do with the goal than anything else! I’m well happy to win it though.”

Dundalk are looking for a new manager after it was announced this week that Kenny has agreed to take over Ireland’s U21s before replacing Mick McCarthy as the senior team boss in 2020.

Although the Dubliner will undoubtedly be a huge loss, McEleney wishes him the best in his new role.

“It was a sad day,” he adds. “Stephen’s exit was being reported but you just didn’t know what was going to happen. Speaking on behalf of the boys, we’re delighted for him as he deserves a chance at the international job.”