The Copper Comedy Christmas Show is on Friday, November 30 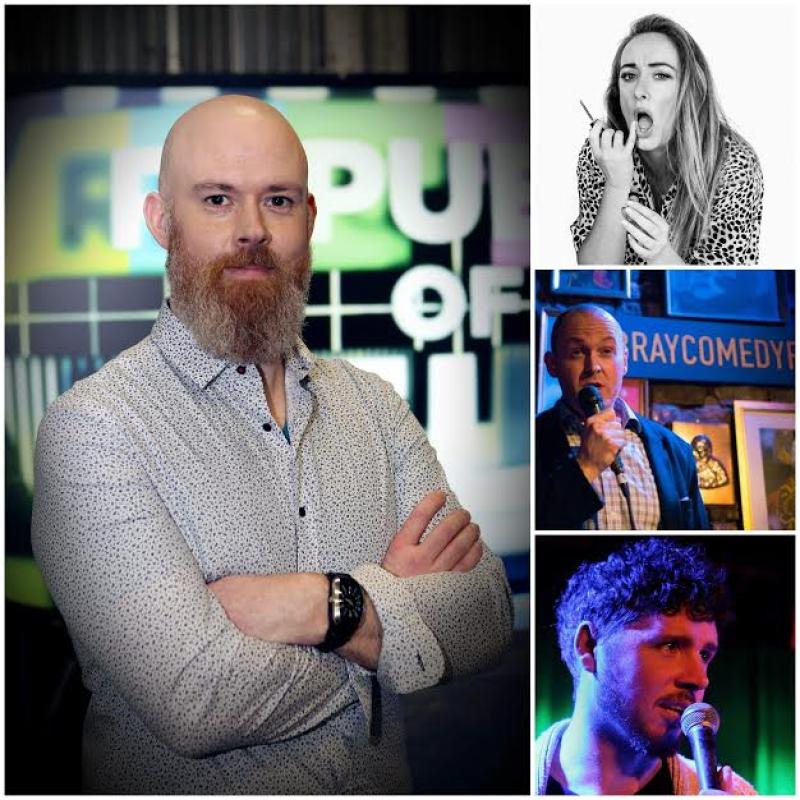 Copper Comedy Club has been a massive success since opening its doors in the Imperial Hotel in July of this year bringing headline acts such as Joe Rooney, Karl Spain and John Colleary to the town.

And they are set to end the year with a bang - the headliner for the final show of 2018 is none other than Edwin Sammon of RTE's Bridget & Eamon fame, who will perform at their Christmas Show upstairs in the Imperial Hotel on Friday, November 30th.

Edwin Sammon has firmly established himself as one of the most popular comedians in the country over the last ten years. His unpredictable and crowd-pleasing style saw him win the Tedfest best comedian award in 2011 and led to him supporting the likes of Jason Byrne, Phil Jupitus and Ardal O'Hanlon.  Ed was also co-presenter on RTE's flagship comedy show, "Republic Of Telly".

Supporting Edwin is Julie Jay. One of the most exciting new voices on the Irish comedy scene, her on-stage warmth is accompanied by a sizeable side dish of distinctly Irish self-deprecation. Julie was the Winner of Forbidden Fruit Comedy Search 2017, has performed at Vodafone Comedy Festival, Electric Picnic, All Together Now and was a Regional Finalist at ‘Funny Women’ 2018.

Sean Begley, Best New Act winner at Bray Comedy Festival concludes the lineup. However, there may be one or two surprise acts.

Hosting duties will be taken care of by Dundalk's own and much sought after comedian, Aidan Shields.

Show kicks off at earlier than usual - 8pm. Doors at 7pm.

For more information check out Copper Comedy Club on Facebook