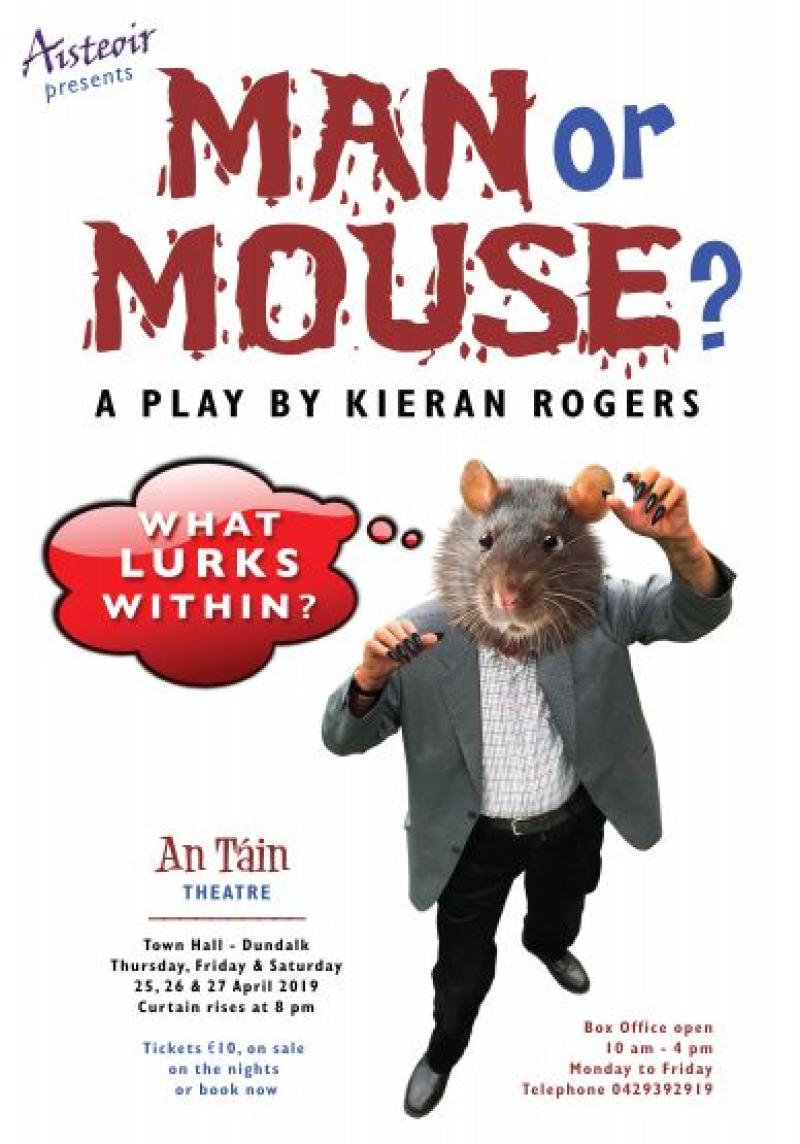 The directors of Man or Mouse are looking for actors

The director of a new play which will be coming to An Táin from April 25 to 27 next year has issued a call out for local people who might be interested in acting in the play.

Director David Kiely said: “I'm directing a one-act play entitled "Man or Mouse?", the work of Dundalk writer Kieran Rogers, who adapted it from his successful radio play of the same name.

“We're staging it at An Táin on 25-27 April next year. Play readings and rehearsals will begin on November 3rd at Anaverna House, Ravensdale.”

The one-act drama will feature a lively cast of country folk, augmented by a Polish housekeeper and her handyman friend. To add to the spectacle, intriguing video sequences will intersperse the live action.

Those involved will be sworn to secrecy not to divulge the surprise ending!
Aisteoir will be rehearsing at Anaverna House each Saturday, beginning on 3 November. Interested participants can come along to read a part or two.

The group are looking for men and women with ages ranging from mid-twenties to 60-plus, including either two Polish nationals or locals who can imitate the accent. There’s also a place or two for fluent Irish speakers.