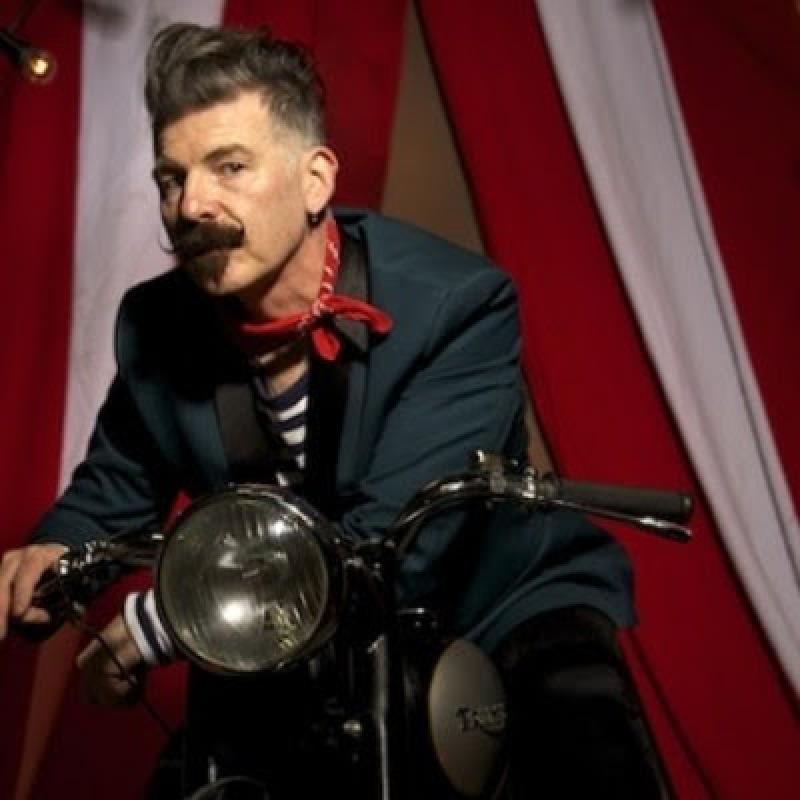 He’s regarded as one of Ireland’s most enigmatic and entertaining performers to the point where Ireland’s biggest music and arts festival, the 'Electric Picnic' have for the last number of years afforded him his very own stage!

The indie legend and ringmaster of exceptional renown, Jerry Fish will be bringing his Piano Show to an intimate audience in the gloriously quirky and unusual setting of the Oriel Centre Dundalk Gaol this Saturday, November 3, from 8.30pm.

Jerry Fish blasted onto the music scene in the 1990’s touring the globe as front-man of alternative rock outfit An Emotional Fish the band who gave us the indie rock anthem “Celebrate” and continued on his musical adventures with Jerry Fish & The Mudbug Club and The Jerry Fish Electric Sideshow, producing hits such as 'True Friends' and 'Be Yourself' and collaborated with artists such as Imelda May and Carol Keogh.

Expect to hear Jerry Fish performing his favourite songs, old and new from a career spanning over two decades.

A highly charismatic performer who refuses to countenance audiences having anything but a good time, expect the unexpected when Jerry Fish makes his way to The Oriel Centre Dundalk Gaol and encounters a prison cell walkway and a staircase from his very own prison cell crying out for his attention.