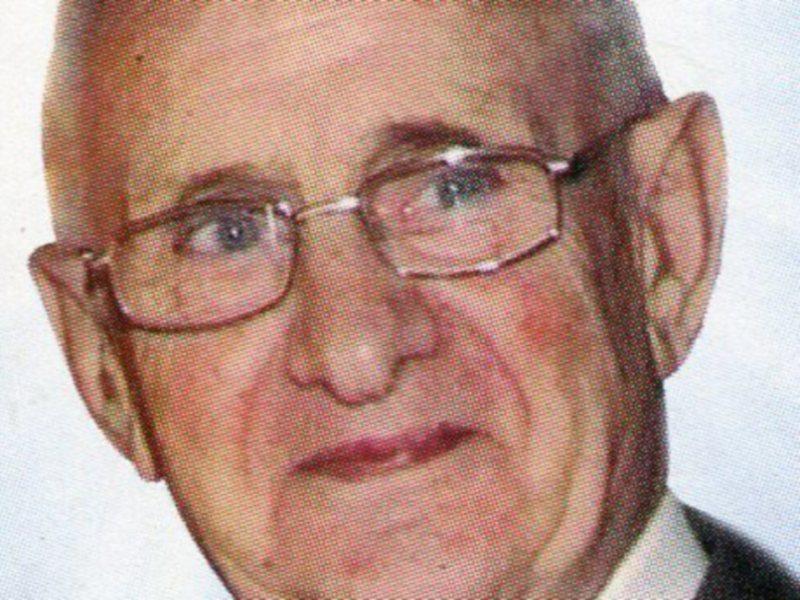 He passed away peacefully on September 26, 2018, in Saint Oliver’s, Dundalk, surrounded by his loving family.

Jim was the eldest of 12 children, who began their childhood years at Stephenstown, Knockbridge, before moving to Little Mills.

He attended Knockbridge NS and the CBS, Dundalk.

He served his time at McArdle Coachbuilders, Knockbridge and furthered his skills as a quality tradesman in the GNR, CRV and Duffy Coachbuilders.

Jim then joined his brother, Shane and together they ran a successful coachbuilder business in Little Mills. His son, Niall has followed him into the trade.

He had a passion for the GAA and was a valued and respected player for Saint Bride’s, Knockbridge and Dowdallshill GFC.

Jim loved a day of National Hunt racing with his Knockbridge friends, while his gold Pioneer pin was a source of personal pride.

He married his wife, Kathleen (Grey) in 1956 and together they had six children and enjoyed a long and happy life together.

Jim became ill five years ago and spent the last two-and-a-half years being cared for in the nursing home.

He was predeceased by his daughter, Rosemary, his parents, Rose and Robert, brother, Robbie and sister, Anna. Jim reposed at home in Marian Park, and his wife and family would like to thank all the neighbours and friends who called with words of comfort and Mass cards, and the large congregation who attended the funeral Mass in Saint Nicholas Church, including those who travelled long distances.

They also wish to extend their gratitude to Father Michael Sheehan, who celebrated Mass, assisted by Father Michael Cusack CSSR, the family members who participated in the Mass, Brendan and Sarah McCourt for the beautiful music, Saint Bride’s GFC who formed a guard of honour, Quinn’s funeral directors, Saint Oliver Plunkett Nursing Home and Dr Hogan.

Jim will be sadly missed by his wife, Kathleen, children, daughters-in-law, sons-in-law, grandchildren, great-grandchildren, brothers, sisters and wide circle of family and friends.