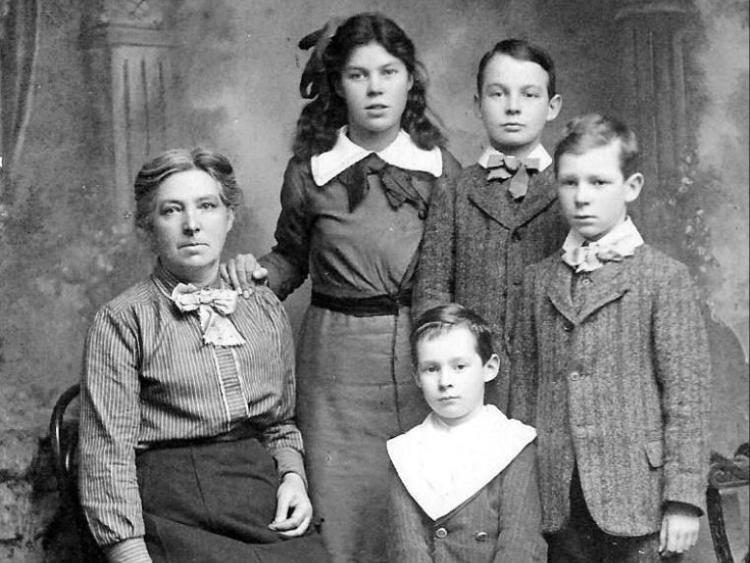 Alice, Lilly and May Eaton from Castletown Road, Dundalk, were, according to a Democrat article from October 1918, "bright, cheerful and intelligent" girls, who were also "warm favourites amongst young people of their own age".

Alice - the eldest - was a much-loved teacher at Faughart school, and was recognised locally for her considerable artistic talents; winning prizes regularly at the annual Dundalk Show in the town.

May, meanwhile, was working as a seamstress; her upstanding reputation ensured that whenever there were grand dinner parties being held at any of the area's 'Big Houses' she was on call to sweep in and repair tears or other dress issues for the well-to-do ladies. Lilly was looking to follow in May's footsteps and was making her way as a seamstress too. 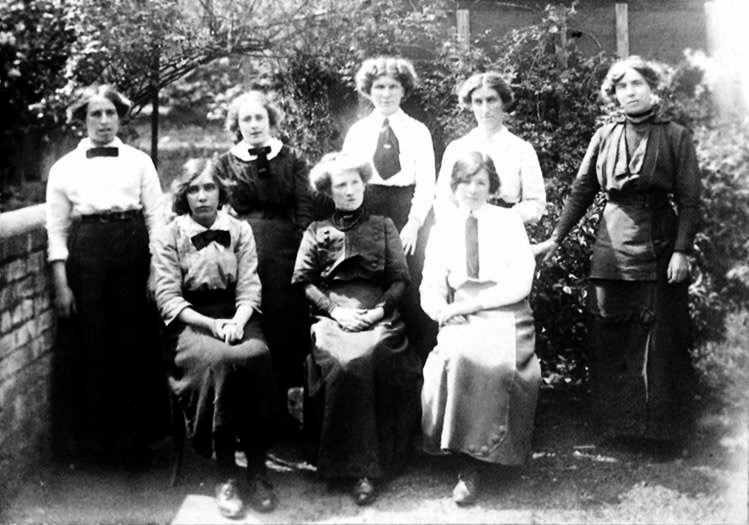 ABOVE: May Eaton (in white at the front)

All three girls were in their early twenties.

All three sisters would die within a matter of hours of one another in the final grim days of October 1918.

Their deaths would go on to be recalled as the "outstanding tragedy of the many local tragedies" that befell Dundalk in those deathly months.

Patrick Eaton, their father, had a long family connection with this very newspaper. His own father had worked with the fledgling Democrat in the 1850s, just a few short years after it first ran off the presses in 1849. Patrick was a compositor with the Democrat. It was his job to arrange the fonts and typefaces ahead of the newspaper's printing. In fact, the Eaton family's long association with the Democrat stretched right up until the early 2000s.

Spain was the first country to publicly announce an 'epidemic' was underway in the latter stages of 1918. As a neutral nation during World War One, Spain did not censor its government's public statements. All other combatant countries did not immediately address the growing outbreak, which was killing hundreds of thousands initially, and would eventually go on to claim an estimated 50 million worldwide. 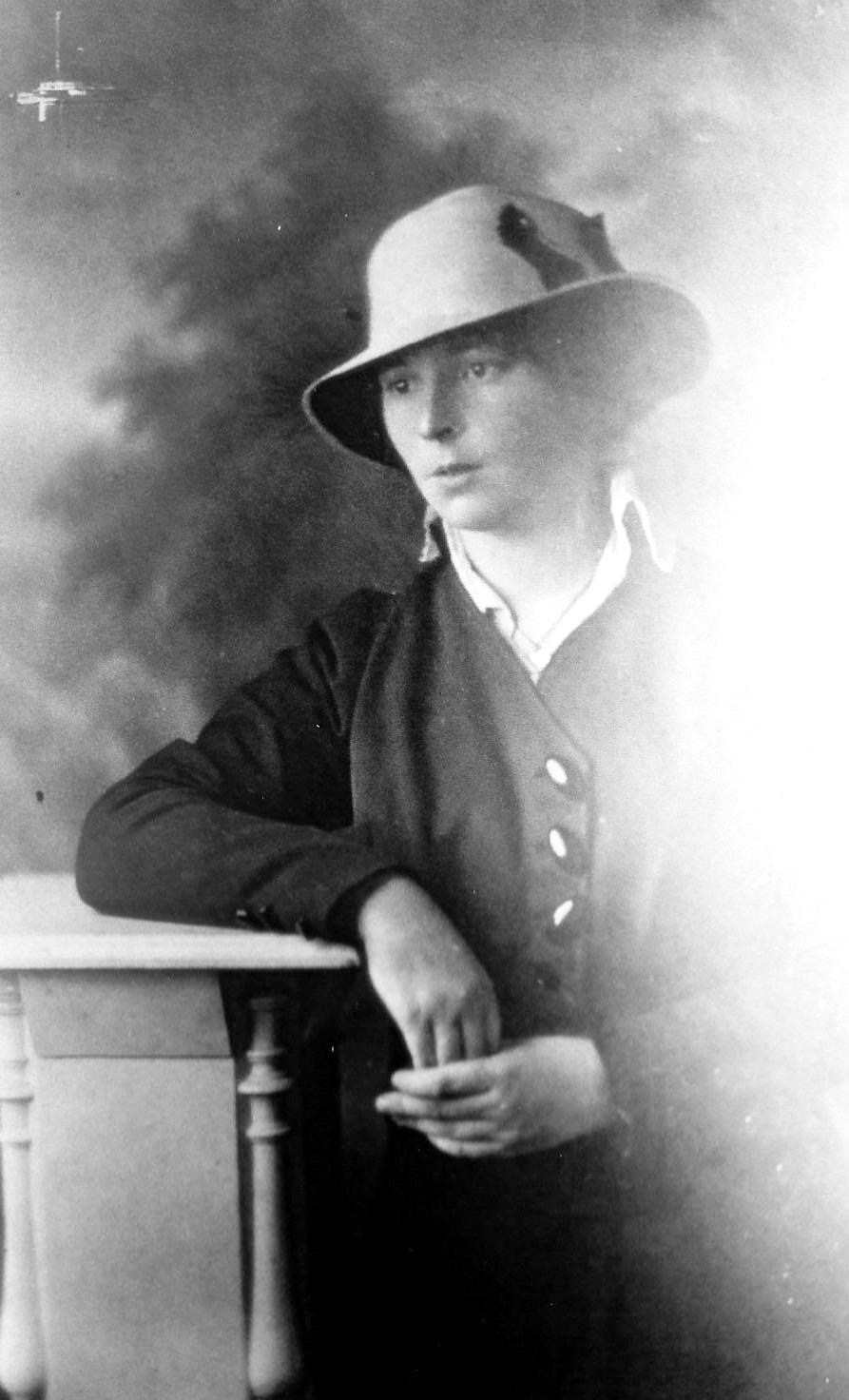 ABOVE: Alice Eaton, “a much-loved” school teacher from Dundalk who perished, along with her two other sisters, in October 1918

It has since become infamously known as the Spanish Flu. However the origins of the outbreak have been traced back to several locations. A definitive 'patient zero' has never been truly identified.

A military fort in Kansas in the US is one theory, but recent research suggests the migration of Chinese labourers to the front-lines of the Western Front in northern France as being the true cause behind recorded history's most lethal pandemic.

The deadly epidemic arrived on Irish shores just 50 miles north of Dundalk in Belfast in early summer 1918. The conditions were perfect for an unprecedented pandemic to thrive and spread with ruthless lethality. What with history's first global war ongoing, and the culmination of the Industrial Revolution's great technological advances allowing substantial intercontinental travel via large oceangoing liners for the first time - which were then being employed to transport vast numbers of troops worldwide - elements were conflating to bring about utter devastation.

Local newspapers labelled the illness as a “mystery disease” which quickly spread from Ulster into north Leinster as the summer wore on.

The symptoms of those infected were mild, at first. A lack of energy, was quickly followed by aching limbs and an increased body temperature. Sore throat and headaches, with the onset of a loss of appetite, arrived next. Standard signs of the flu.

However, very quickly, the patient would start to suffer from severe pulmonary complaints. The lungs became infected and bronchial pneumonia immobilised the patient. Blood poisoning would then cause horrific discolouration of the skin, leading to the victim turning blue or even a dark purple colour. Death was swift in claiming the victim thereafter.

According to the Eaton family, Alice was the first one to show worrying early symptoms.

The belief was that she had picked up an infection of some sort from one of the schoolchildren she taught in Faughart.

She would have been confined to her bed immediately at the family home on Woodview Terrace.

Her two other sisters, along with her brothers Jack, William and Joseph watched on helplessly as her condition deteriorated.
Soon Lilly and May started feeling unwell.

The prescribed medical intervention at the time was limited and mostly ineffective. The Spanish Flu epidemic was even more insidious than previous strains of flu as it caused most fatalities within young people - those below 40. Usually, flu would strike down very young children and elderly people.

In an effort to limit the spread of the epidemic, public advice was issued via the media.

The Limerick Leader at the time suggested that “the inside of the nose should be washed with soap and water” to try and help stem the outbreak. Householders were also told to scrub their floors with disinfectant and wash out their toilets with carbolic.

It would have little effect.

On October 26th 1918, Lilly Eaton died. The family tried desperately to save Alice and May. But their efforts were ultimately in vain. On October 28th, both Alice and May succumbed.

The following Monday morning, at St Patrick's Cathedral in the town centre, Lilly's funeral took place. After mass her funeral cortege drifted out towards Dowdallshill were she was buried. The grief-stricken Eaton family would return to both St Patrick's and Dowdallshill the following day to say their final farewells to both Alice and May.