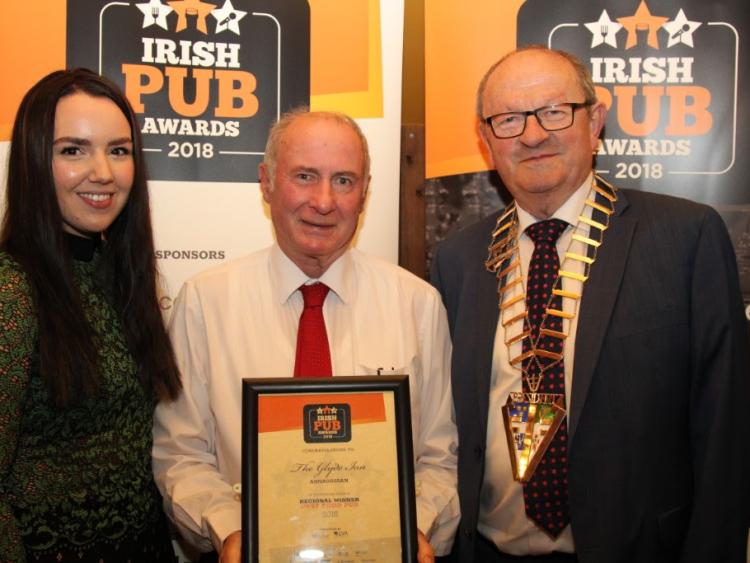 Last Night at the National Pub Awards, The Glyde Inn, Annagassan was Named the Best Food Pub in the North East.

The event took place in The in The Squealing Pig in Monaghan yesterday evening (11th October 2018). All nine winners will now go forward to the final of the National Pub Awards at the RDS Concert Hall in Dublin 4 on Wednesday 21st November when the National Category Winners and the overall Irish Pub of the Year will be announced.

The Irish Pub Awards are jointly presented by the Vintners Federation of Ireland (VFI) and the Licenced Vintners Association of Ireland (LVA). A series of seven regional events take place around Ireland between 11th September and 11th October to announce 63 finalists throughout seven regions.

Speaking at the Awards Ceremony, President of Vintner’s Federation of Ireland (VFI), Padraic McCann expressed his delight in how well the Awards are going: “Entries for this year have grown well ahead of last year. Judging took place over the summer months and tonight we are announcing our regional winners who will go forward to represent South West Ireland in the National Final to be held in November.”

“The Awards were developed as part of our strategy to raise the profile of VFI member pubs around the country. The Irish Pub is at the heart of every town and village and it is where locals gather to meet friends and neighbours for good food and craic.

"It is where tourists meet locals and enjoy Irish hospitality at its best. Irish Pubs are also a major provider of employment in our regions. These Awards are an excellent vehicle to showcase what the pub has to offer the modern customer”.

The prize package for all finalists will include a management training course to help them progress their business further. They will also avail of comprehensive media coverage at local and national level, including a feature in the special awards supplement to be published in the Irish Independent on the day of the Gala Awards Ceremony at the RDS Concert Hall, Dublin 4 on Wednesday 21st November.