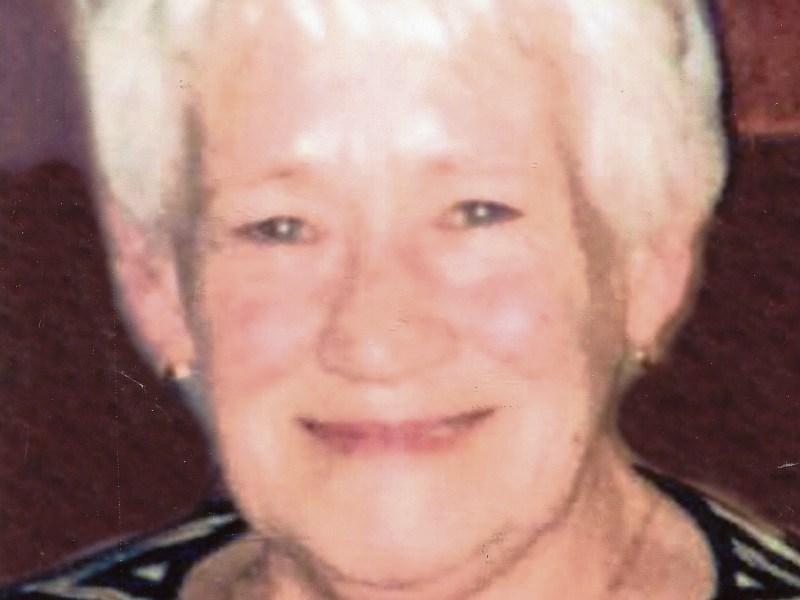 Brenda McKeever, 105 Oakland Park, Dundalk, who died recently, was a hard-working family woman all her life.

She passed away suddenly on August 28, 2018, surrounded by her loving family.

Brenda grew up in Allardstown in the parish of Darver, the youngest daughter of Jack and Mary Mooney.

She spent her early years working for Martin’s Butchers in Clanbrassil Street and later was employed in the tweed factory in Broughton Street.

Brenda married Tom McKeever in 1959 and they had five children, Gerard, Derek, Thomas, Joseph and Fidelma.

They lived for a short time in the heart of the town in James Street and then in 1967 moved to 105 Oakland Park which was Brenda’s home until her passing.

She also worked for the Holy Redeemer parish for 22 years, where she was employed in the local girls’ school as a cleaner.

Although she spent all her married life in Dundalk, Brenda had a great affinity with her country background.

She loved all kinds of music and enjoyed nothing better than a sing-along.

In her later years she enjoyed going to Oriel Park social club with her sisters-in-law, Maura and Nancy and brother-in-law, Oliver.

Her family is very appreciative of the care she received in the Lourdes Hospital and Blackrock Nursing Home and of the many people and good neighbours who called to the house and sent flowers and cards.

She was predeceased by her sisters, May Hoey, Bridgie Healy, Rosie Neary, Maggie Murtagh and Sheila McDonald and her brothers, Paddy and Seán Mooney.

Brenda’s Month’s Mind Mass will be celebrated on Sunday, September 30, 2018 at 11.30am in the Church of the Holy Redeemer.