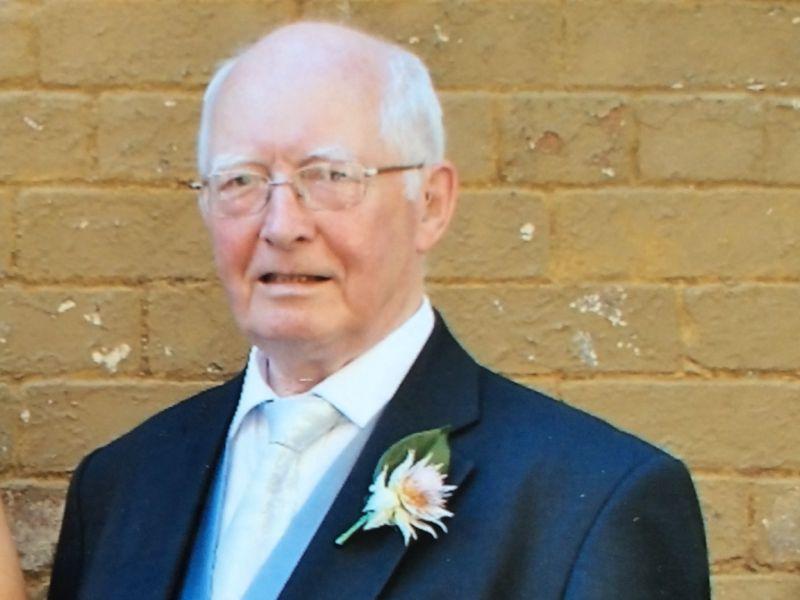 Vincent Chapman, Priorland Grove, Dublin Road, Dundalk was a Wexford man who spent most of his life living in Dundalk and for 30 years worked in the former Harp Lager brewery.

He stayed true to his roots with his abiding love and interest in hurling and particularly the fortunes of his native county.

Above all he was a man who was dedicated to his wife, family and home, and enjoyed a long and healthy life that was ordered and organised.

Into his 85th year he was still fit and active when called to his maker, passing away peacefully in Our Lady of Lourdes Hospital on July 24 last, coincidentally and fittingly on the same date as his beloved wife Alice died eight years previously.

He hailed from Fethard on Sea, the third born of 11 children of the late Tom and Margaret Chapman, who had eight sons and three daughters.

He moved at the age of 27 to Dundalk on Good Friday 1960 and worked in Harp Lager brewery for 30 years until his retirement.

He was a supervisor in the plant and during his time there had many good friends and colleagues who supported his family over the days following his demise.

He worked in the bar trade for a time prior to entering the brewery.

He was employed as a manager in MJ McDonnell’s in Bridge Street and also worked with the well known local family in the local licensed trade in their premises at Carrickarnon at the border.

He met with wife Alice Clifford at a local dance

. She was from Emer Terrace where the couple went to live when they married in 1962 before moving to a new home in Priorland Grove.

They had a family of five, comprising two sons and three daughters.

Vincent retired in 1996 and really enjoyed his retirement, deriving great pleasure from his garden and kept his home like a little palace.

He was blessed with his neighbours, and a really great community spirit existed which manifested itself in the many awards that the estate won.

He travelled a lot abroad to visit three of his children who emigrated. Eugene, the eldest moved to Switzerland, Adrian to New Zealand and Margaret, the youngest to Sydney in Australia.

He attended daily Mass in Saint Patrick’s Cathedral and was well known and respected by parishioners. He walked everywhere, and they were shocked like his family by his sudden passing.

Hurling was a big part of his upbringing in Wexford, and it remained a lifelong love of his and he used to attend matches in Croke Park.

He continued to follow the sport on television and loved the rivalry between Wexford and Kilkenny. He liked soccer and loved sport in general.

He was predeceased by his brothers, Gus, Brendan and Ignatius and sisters, Rita and Maureen, along with his parents

After reposing at home on the Thursday, Vincent was taken to Saint Fursey’s Church the next morning. Father Padraig Keenan PP celebrated requiem Mass and delivered the eulogy.

He was assisted by Father Cormack McNamara Holy Family parish.

His grandchildren participated in the Mass, giving the Readings and also led the Prayers of the Faithful.

Son Adrian shared a reflection after Holy Communion, and the beautiful music was provided by singer Sarah McCourt and organist Brendan McCourt.

The Month's Mind Mass for Vincent will take place on Sunday, August 26, at 11am in Saint Fursey's Church, Haggardstown.