The ‘Great Escape’ and the infirmary ‘Gate House’ in Dundalk 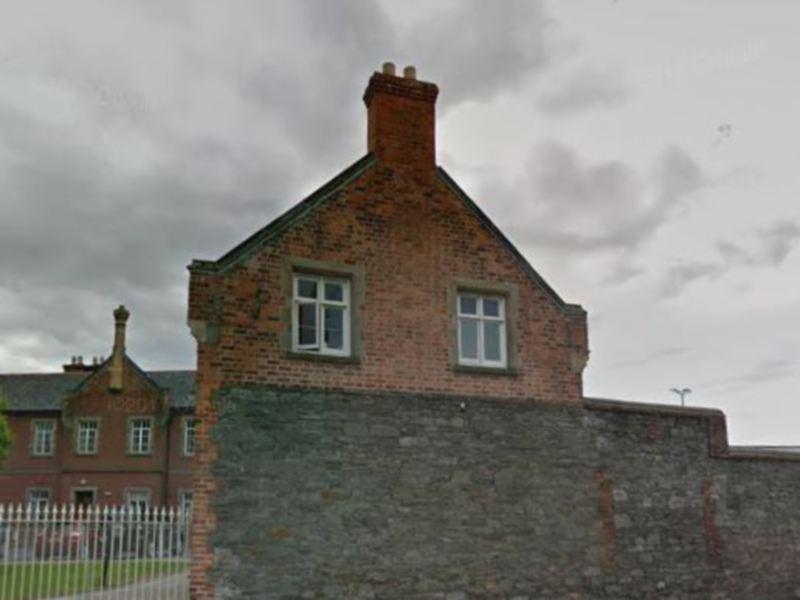 Threadwell Cottage on the Ardee Road

In relation to my answer my question about 'Treadwell Cottage' in this week's Question Time people who have passed it on the Ardee Road will have noticed that some of the windows at the rear overlook the scene of Frank Aiken's 'Great Escape' from the old Jail during the Civil War.

The incident took place on the morning of July 27, 1922, when General Frank Aiken, Commander of the 4th Northern Division of the I.R.A., and over 100 of his Republican soldiers escaped from the Crescent Jail where they had been imprisoned on July 16 because they had refused to support the Treaty. A report in Tempest's Annual of 1923 which was probably taken from reports in the Dundalk Democrat of the time, states that on July 27 –

It is possible that the old Infirmary lodge house was used as a 'look-out' for those planting the mine which blew the hole in the wall. Frank Aiken and most of his men had been exercising in the yard of the Goal at the time and had been alerted about the escape plan which had been organised by John McCoy from South Armagh who was Aiken's second in Command. He had narrowly avoided the arrest by Free State soldiers of about 300 Irregulars, including Aiken, at the Dundalk Military Barracks on July 16.

As a result of the 'escape' the Republican forces in the area re-grouped and Aiken led a successful attack on the Military Barracks on August 14. They captured the Free State soldiers who had arrested them a month earlier. Just four days later, however, on August 18, the town and Barracks were recaptured by the Nationalist Army composed of the Fifth North Division of the I.R.A., based in County Monaghan, who had remained loyal to the Treaty Agreement. These troops were commanded by General Dan Hogan who was a brother the famous Tom Hogan who had been shot by British soldiers while playing in goal for Tipperary in a football match against Dublin at Croke Park, Dublin on 'Bloody Sunday' November 20, 1920. The months of July and August 1922, during which many the protagonists on both sides in Civil War, died or been seriously wounded, was therefore the bloodiest period in the conflict in this area.

The old Infirmary would have been the place to which many of wounded and dying were taken and 'Treadwell Cottage', as it now is called, would have witnessed much of the action of those terrible days in Dundalk! The old building is now serving a very laudable and useful purpose in the education of the young people.

Might it not, however, be an appropriate spot 'heal old wounds' by erecting a memorial to all those who lost their lives when the centenary of the Civil War is being remembered in a few years time!