Billy O'Callaghan could build a rapport with everyone 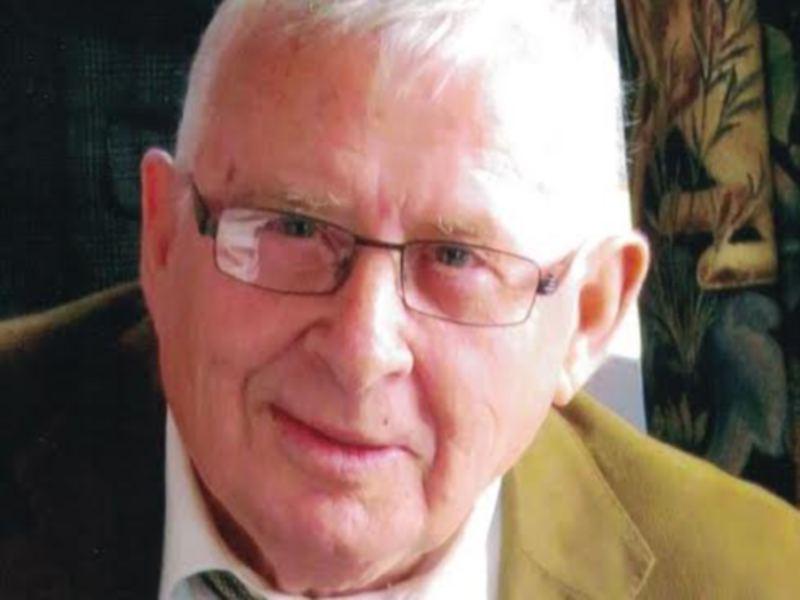 Billy O'Callaghan, from 'Annamar' on the Doylesfort Road in Dundalk, who died on February 3rd last, was well-known for the significant role he played in the affairs of Dowdallshill GFC.

A great family man, he had a big interest in a variety of sports and was regarded as a real people person who could easily build a rapport with a complete stranger.

Aged 78, he passed away peacefully in Our Lady of Lourdes Hospital, Drogheda. Billy was born on January 6, 1940, one of eight children of Peadar and Sadie (nee Curran) O’Callaghan, the family made up of six boys and two girls.

Born and reared on Doylesfort Road, he attended the CBS primary and secondary schools.

On completing his education Billy worked at a number of jobs but his principal employment was in the ESB where he remained until retirement.

Although he suffered some health difficulties throughout his life, Billy never let them interfere with his everyday business and on one occasion he received a plaque from the ESB for never missing one day’s work over a ten-year period.

He married Anna Agnew in July 1971, and they had seven children together, Kathryn, Brendan, Emer, Ciarán, Dónal, Aideen and Sinéad.

Sadly, Kathryn died in infancy and Brendan passed away some time after his father on July 11 last.

Having filled the role of chairman, as well as other positions within the club, he was hugely involved in the local Dowdallshill GFC.

One of his biggest contributions was overseeing matters to facilitate the move from the club’s former premises on Racecourse Road to Saint Brigid’s Park on the old Newry Road.

He would do anything to benefit the club.

His sons, Ciarán and Dónal both lined out with Dowdallshill. However, Billy’s sporting interests extended beyond the GAA and he enjoyed watching a variety of sports, rugby and golf among them.

He travelled to see Ireland play rugby in venues such as Murrayfield and Twickenham, while in 2003 he went to Australia, where Ciarán was living at the time, to attend the World Cup.

Illness, which he took in his stride, never slowed him down and his travels, which he enjoyed, also saw him go to Canada to visit Dónal. In everyday life and even while on holidays, Billy never lost his ability to engage with people.

He enjoyed talking to others and they in turn enjoyed conversing with a compassionate man.

As a member of Fine Gael, his interests also included politics in which he was deeply involved. Billy had a generous nature and it was only after he passed away that Anna and the rest of the family realised how much he donated to various charities over the years.

A very responsible and principled man, he diligently looked after all of the financial affairs at home. Billy was predeceased by his parents, Peadar and Sadie; daughter, Kathryn and eldest brother, Peter.

He is survived by his wife, Anna, children, Emer (Kelly), Ciarán, Dónal, Aideen (Smith) and Sinéad. He was survived at the time by his eldest son, Brendan, who passed away on July 11, 2018.

After reposing at home his remains were removed to Saint Nicholas Church for funeral Mass which was celebrated by Father Garrett Campbell, a family friend.

Billy’s brother, Felix gave a fitting eulogy and readings were by Dermot and Emer, while prayers of the faithful were led by Paul and Georgina and grandchildren, Molly, Anna and Oisín.

Gifts symbolising his life were brought to the altar by Aideen and grandchildren, Harry and Ryan and these included a Dowdallshill jersey, TV remote control and a Saint Brigid’s Cross.

Sinéad, accompanied by Ciarán on guitar, sang ‘The Boys from the County Armagh’ a song remembered as their Dad’s favourite party piece.

Music was also provided by Brendan and Sarah McCourt.