Brendan O'Callaghan was an inspirational figure who overcame ill health 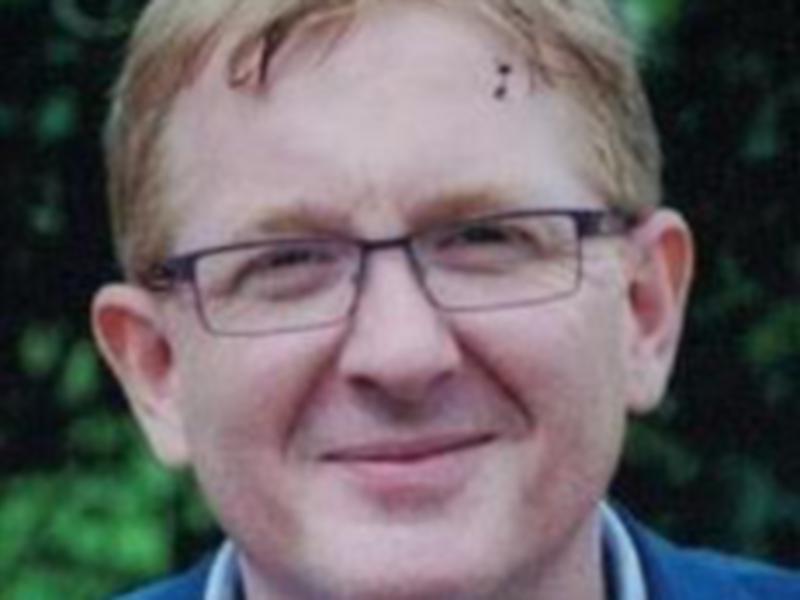 Brendan (Benji) O'Callaghan who died recently was an inspirational figure who put aside his own serious health problems to help the many people he came in contact with.

He passed away peacefully, aged 44, in Our Lady of Lourdes Hospital on July 11, 2018, surrounded by his family.

Brendan, or Benji as he was fondly known, was born on January 15, 1974 to Anna and Billy O’Callaghan, ‘Annamar’, Doylesfort Road, Dundalk.

He was born with a heart problem and his parents were warned he may not see the next morning.

At just nine weeks old he underwent surgery and was among the first babies in Ireland to have that particular operation in this country, as previously patients had to travel to Great Ormond Street Hospital in London.

It was the first of many times that Brendan defied the medics.

Throughout his life he underwent many operations and procedures, including three open-heart surgeries and he was also diagnosed with lung cancer.

However, Brendan rose above all of this to lead a life as active as he could which, among other things, saw him travel throughout the world.

He attended the De La Salle primary and Marist secondary schools, where he had a great head for figures, before qualifying in Business Studies from DkIT.

Brendan started working life with Dublin Bus and was due to change jobs to a role in Phillips Electrical when his heart difficulties returned at age 26.

His ability to work was severely curtailed thereafter and he spent a lot of time in and out of hospital. He attended the Mater Hospital in Dublin throughout the last 20 years.

It didn’t stop Brendan living independently in Mary Street North or travelling extensively across the globe.

He regularly visited his brother, Dónal, in Saint John’s, Canada; went to America and Germany, where he found Berlin to be his favourite city, among other destinations.

On one occasion, shortly after heart surgery, he did a five-week trip to Zanzibar with his good friend, Sharon.

Last year he went to Tokyo in Japan and on to Sydney and Canberra in Australia, with plans to attend the Melbourne Cup in Flemington where he had a box booked to watch the famous horse race.

Unfortunately, he became ill in October and had to cut short the trip to return home.

He was given just four weeks to live and was attending the oncology clinic in the Lourdes, his youngest sister, Sinéad bringing him to appointments.

However, Brendan was tested with a gene therapy drug and not for the first time he battled bravely to survive for another seven months.

Like his father, Billy, who passed away earlier this year, Brendan was a hugely compassionate individual with a capacity to make friends easily, which he did, wherever he went.

These friends helped sustain him and keep Brendan going, especially since October. They called regularly to see him when he moved back to Doylesfort Road.

Brendan helped so many others himself over the years, proving a great source of counsel and advice. Many stories have emerged from people he helped get their lives back on track.

In his eulogy at the funeral Mass life-long friend Shane Hanrahan described Brendan’s house in Mary Street North as a psycho-therapy unit where he listened to all comers and dispensed advice, always in strictest confidence.

A six-week mindfulness course he took, unknown to most, no doubt helped in that regard, though Brendan always had a positive outlook.

He volunteered in the Netwell Centre, visiting elderly people in their homes.

A man of varied interests, he enjoyed documentaries, films and political programmes on television.

He also looked forward to big sporting events, was a keen follower of Celtic and attended games in Parkhead. Henrik Larsson was his all-time favourite player.

Brendan loved horse racing too and placing a few bets. He liked things worked out and even in his final days, as he fought to the end, was organised and thinking ahead.

After reposing at home, Brendan’s remains were removed to Saint Nicholas Church. The funeral Mass was celebrated by Father Garrett Campbell, a family friend.

Readings were given by Sharon McArdle and Sheena Callan.

Gifts symbolising Brendan’s life were brought to the altar and these included a Celtic scarf, his phone, portrait of Michael Collins and TV remote control.

A poem was read by Molly, his god-daughter and niece, while music was provided by Brendan and Sarah McCourt.

At the graveside, sister, Sinéad, accompanied by Vincie McKevitt on guitar, sang ‘Grace’.