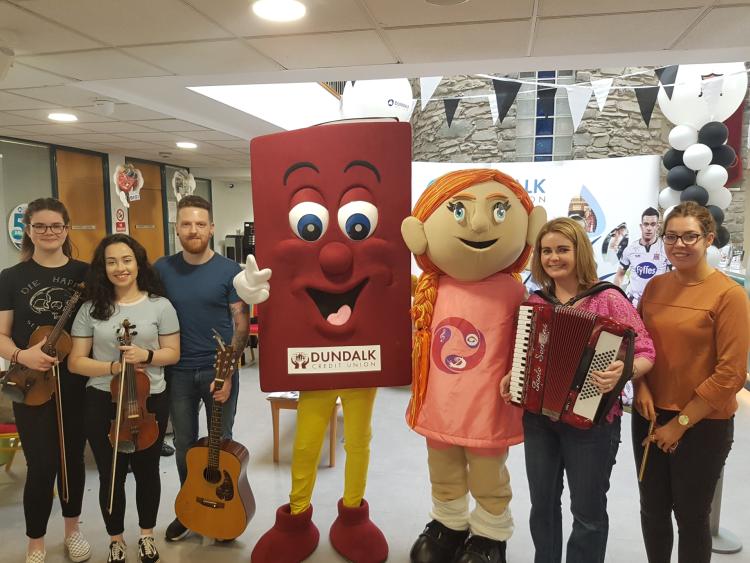 Staff, students and graduates of Dundalk IT will feature prominently during Fleadh Cheoil na hÉireann in Drogheda this week.

DkIT presents a spectacular performance of the highly acclaimed Requiem - Marbhna which was first performed during the 1916-2016 commemorations and broadcast on TG4, Good Friday 2016. This will take place on Saturday 18th August 2018 in The Augustinian Church, Drogheda at 5pm featuring performers and soloists drawn from orchestras, choirs and bands from the Oriel region.

'Requiem -Marbhna' which is composed by Odhrán O Casaide in the Irish language, sets out to explore the beauty of sean nós voice, together with chamber choir, orchestra and solo voices, In this work, the musical motifs are carried seamlessly from genre to genre.

The concert will be conducted by renowned US composer and producer, Craig Stuart Garfinkle and will feature Sibéal N Chasaide, whose voice has been described by critics as the voice who stirred a nation. Her live performance of Mise Eire as part of RTE's 1916 Centenary concert captured the hearts of audiences in Ireland and globally.

A selection of musicians from DkIT will also participate in the concert, together with performers and soloists from local orchestras, choirs and bands. The performance represents a celebration of the diversity of musical traditions in Louth in a wonderful collaborative community effort.

Tickets  for Requiem – Marbhna cost €15.00 and concessions are available for children and families. Tickets can be bought via the Fleadh website or at the door before the performance.

Celebrating Legacy and Transmission in Irish Traditional Music, takes place on Friday 17 August 2018 in association with the Creative Arts Research Centre at Dundalk Institute of Technology. A range of papers will celebrate and evaluate the legacy of notable musicians who have made a significant contribution to the development of Irish traditional music, very often through their teaching or mentoring of young musicians.

The speakers, including Dr Adèle Commins, Head of Department of Creative Arts, Media and Music at DkIT and recent recipient of a DkIT President's Prize for Research. The presenters will provide their personal insights, share recordings and perform to illustrate their subjects’ contribution to the tradition and celebrate their legacy. There will be a particular focus on acknowledging and recognising the contribution made by musicians associated with Co Louth but figures from throughout the Irish traditional music world will be celebrated. The event will be chaired by Dr Daithí Kearney, Co-Director of the Creative Arts Research Centre at DkIT and also features DkIT PhD graduate Dr Seán McElwain and current MA student Barra McAllister.

Fleadh 2018 reflects the close connection of DkIT with the traditional music community in the region and performers from the Institute feature prominently across the week including The Gig Rig programme and Seachtain na Gaeilge for Bliain na Gaeilge.