Detroit it ain’t, but there might be a way to bring life back to Carroll’s Village 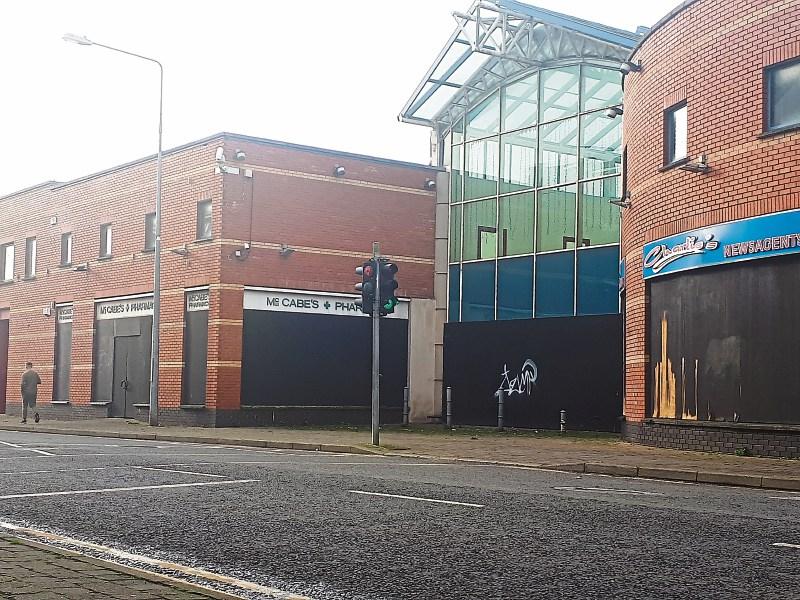 It’s looking even more forlornly forgotten these days - it has done for a long time now though - but, perhaps due to the fact that I haven’t really looked at it in a while, the former Carroll’s Village Shopping Centre at the bottom of the Longwalk is a truly pitiful sight today.

Large and unchecked weeds spew freely from around the base of the hulking building’s facade, creeping upwards over the red brick walls, while timber-boarded windows are sun-bleached and marred with graffitti.

I recently watched the late great chef and globe-trotting ‘bad boy’ of modern cooking Anthony Bourdain in an a episode of his brilliant show ‘Parts Unknown’.

In this particular episode he visited Detroit in the US. That city’s relentless decline has been much publicised, but the extent to which vast swathes of commerical and industrial landscape are now left to rot was astonishing to see.

Now, to be absolutely clear here, Dundalk’s problems wouldn’t hold a candle to Detroit’s, but some of the remarkable footage from in and around certain building’s in that city compared - on a much greater scale - to the area at the old Carroll’s Village Shopping Centre.

For a building which was once a welcome addition to Dundalk town centre’s fine commercial tradition, it is sad to see it slump and seemingly succumb to nature.

But there might be a way of returning this commerical building to use.

The idea of recasting it in its former guise as a traditional shopping centre and thereby trying to attract big name labels to set up shop in the vacant units within is optimistic at best, woefully out of sync with modern, digital times at worst.

Carroll’s Village is unlikely to be able to compete with other shopping centres in the area on that level. And from my point of view it’s a lost cause to even consider it as an option.

However, why not step back from any potential race to secure a major flagship retail tenant and think truly local.

We are forever being told to ‘shop local’ - it’s a great notion and a wonderfully sincere idea, but what exactly does that mean in the modern age?

The facts stand up that with each passing year, more and more people are looking to online shopping and are drifting further and further away from ‘boots on the ground’ shopping.

So what’s to be done?

You need to give people an experience, that’s what.

And not a faux corporate, ‘Just Do It’ trademarked experience, invented by some marketing gurus in the HQ of a major firm in New York. Instead, an actual local experience which reflects the area, but also gives good reason to drag yourself away from the point-and-click world of online shopping and back to the three dimensional world of human, social interaction.

Carroll’s Village Shopping Centre could be converted into a quite unique (for this area) indoor market for local traders selling local goods in an atmosphere which brings the old world back, without needing to sell new world tat.

Think the English Market in Cork City. Think George’s St Arcade in Dublin. Think of the evocative smells and sights and interactions of any bustling market you’ve experienced while in a foreign country.

But now spin it into an Irish, and Louth, context.

This isn’t new or radical thinking. It is a punt into the unknown somewhat - but all retail business is risky, and the risk attached to just such a project is no less so, but it would, from my point of view, appear a more worthwhile roll of the dice than pushing for the big brands to return to a few units to warrant reopening the doors.

The margins will be relatively slim, but compared to the building’s current purgatory, surely it’s worth a punt?