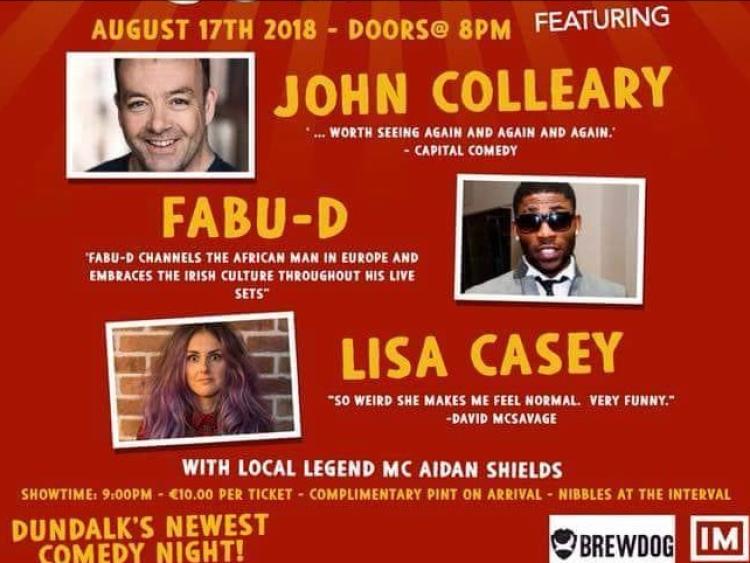 John is a well known, experienced actor, stand-up comedian and, writer. He has performed at Kilkenny Cat Laughs, The Vodafone Comedy Carnival and The Galway Comedy Festival in the last few years. He has written and starred in IFTA nominated shows - The Savage Eye and Irish Pictorial Weekly as well as Hardy Bucks and The Tommy Tiernan Show.

Supporting John is viral sensation is David Omotade a.k.a Fabu-D. Fresh off of being voted the best contestant on Blind Date, David will be giving his unique and hilarious take on Irish culture.

Joining the is also Irish Comedian of the Year Lisa Casey. One of the most exciting and fastest rising new talents on the scene. A regular at all the major Irish festivals and clubs, Lisa was also a main contributor for YouTube channel 'Facts' and creator of viral video 'Dundalk Yoga'.

Compere on the night is the much sought after Aidan Shields. A charming MC with a bold streak that is making strides in the Irish comedy scene for his reliable crowd-pleasing ways.