Audrey McCourt family was number one to her always 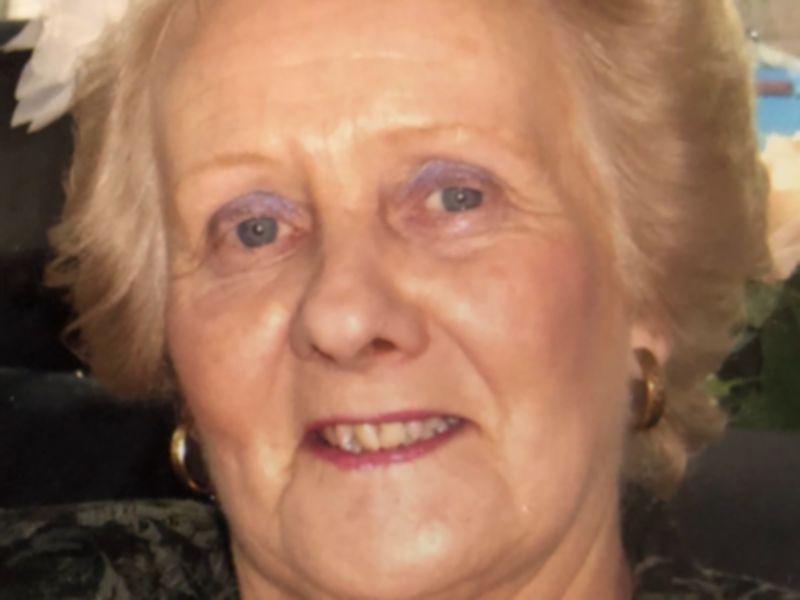 Audrey McCourt of 21 Oakvale, Bay Estate who has died was a quiet spoken, reserved and caring lady whose life was her family and her home and went about it without complaint even when her health took a turn for the worst and suffered a stroke in January last. Never a word did she utter of that nature over the course of her marriage which in September would have spanned 55 years.

Her passing was sudden although peaceful while surrounded by her loving family in Our Lady of Lourdes hospital on June 27 last.

Audrey hailed from Cluan Enda, the second eldest of four daughters of the late Patrick and Maura Hande. She was predeceased by her eldest sister Nuala, as well as infant son, Michael, and niece, Fiona.

She spent her school days in the Convent of Mercy before at an early age entering the workplace, taking up employment in the then thriving local shoe industry in Hallidays factory.

It was there that she met future husband Jim McCourt who originally was from Doylesfort Road, but whose family moved to Quay Street when he was very young.

The relationship progressed to become a permanent one after a dance in the town hall.

She left employment upon their marriage to fill the role of homemaker, mother and generally looking after her husband and children as they came along. She resumed work, spending another spell in Hallidays, and later was employed in another of the town’s large industries Ecco which also no longer exists.

She took great pride in her home which occupied most of her time. She channeled a lot of her energy into bringing about improvements and in its upkeep. The couple first lived in a flat in Seatown Place, and afterwards in Oakland Park and Muirhevnamor before settling in Bay Estate.

Her main hobbies and interests were also within her home. She was a voracious reader, and loved to knit and crochet. These apart she enjoyed the Sunday night club in Oriel Park with music and dancing. She enjoyed Irish dancing when younger being strongly disposed to Republicanism. She also was fond of sun holidays, such as in Majorca and the Canary Islands

Audrey reposed at her residence from the Wednesday and was removed on the Friday to the Church of the Holy Family. Father Cormac McNamara Parish Administrator led the prayers prior to her removal.

At the Mass a book, ball of wool and knitting needles and a tricolour symbolising Audrey’s life were laid before the altar by daughters, Mary Claire and Grace and daughter-in-law, Yvonne. The Offertory gifts were taken up by sisters, Margaret and Catherine.

The Prayers of the Faithful were led by grandson, Liam, niece, Lisa and son-in-law, Malcolm. The Readings were given by son Christopher and grandson Daniel. The beautiful music was provided by singer Roisin Crawley and organist Olivia Finnegan. Son Christopher read a tribute to his mother after Holy Communion. Burial followed in Saint Patrick’s cemetery.

The Month’s Mind Mass for Audrey is on Saturday, July 28 at 7pm in the Holy Family Church.